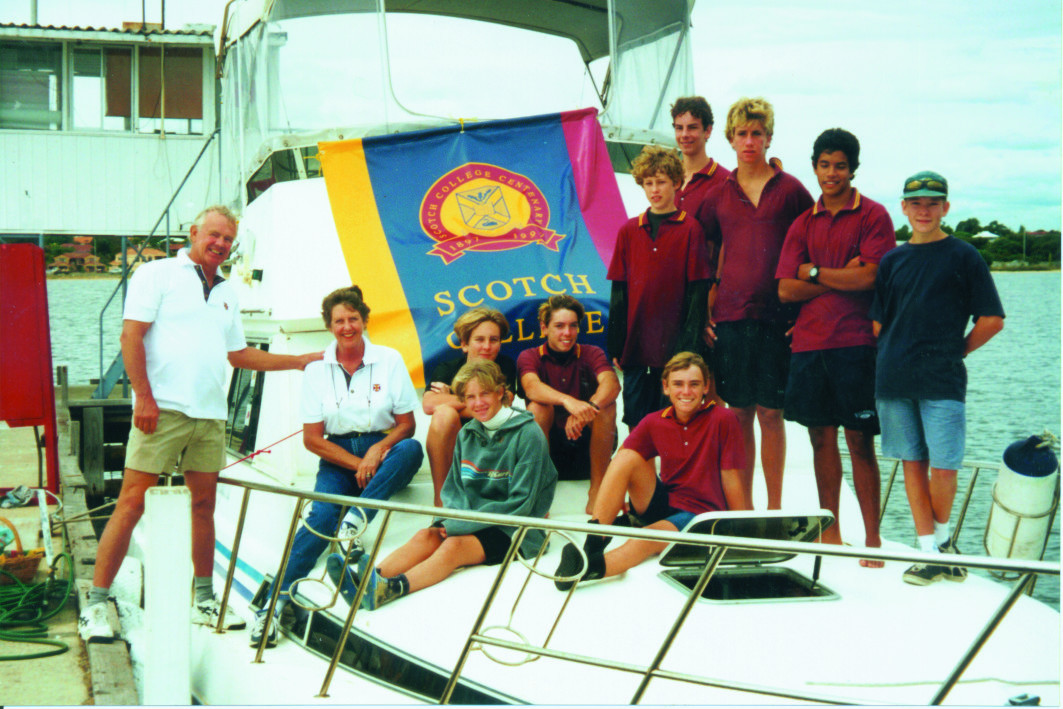 "During the first term holidays a group of Scotch boys competed for a full week in the State teams Racing Championships held at South Perth Yacht Club. The 1998 Scotch team achieved a well-deserved second place as fifteen high schools from across the state, including some of Western Australia's bets young sailors, battle dit out in very trying conditions.

The wind was often variable and difficult to predict, but we handles the conditions and progressed to the finals from the Round Robin series.

Unlike normal yacht racing, teams racing involves a team of three boats, competing against another team of three, trying to gain overall ascendency. In some cases, you have to block out opposition boats to help your team mates. This makes teams racing a very exciting sport because there are often close calls while trying to perform one of the moves. Winning is often not the primary aim because if your there two boats are not in front, you may have to turn around and block the opposition to allow your team mates through. Our team executed some brilliant manoeuvres, including one by Andrew Pope, who was winning but turned around and held out two of the opposition boats at once, allowing Scotch to finish first, second and third; a move referred to as 'world class' by Chris Kelly one of the arc organisers.

The success of the Scotch team can be put down to a better preparation for the regatta highlighted by the management of Mrs Webster and also the experts elf coach Jay McFarlane, who brought a new understanding of teams racing and some effective winning strategies.

The team consisted of three boats skippered by Andrew Pope, Geoff Longwood and myself. Scotch can look forward to many more years of teams racing as the sport grows at the school. I thank those teams members who gave up their commitments to help the team. In particular I would like to thank Mrs Webster and Jay McFarlane, who were instrumental in the team's success.

Congratulations to all of the team and I hope that the spirit of our performance will be repeated in future years".