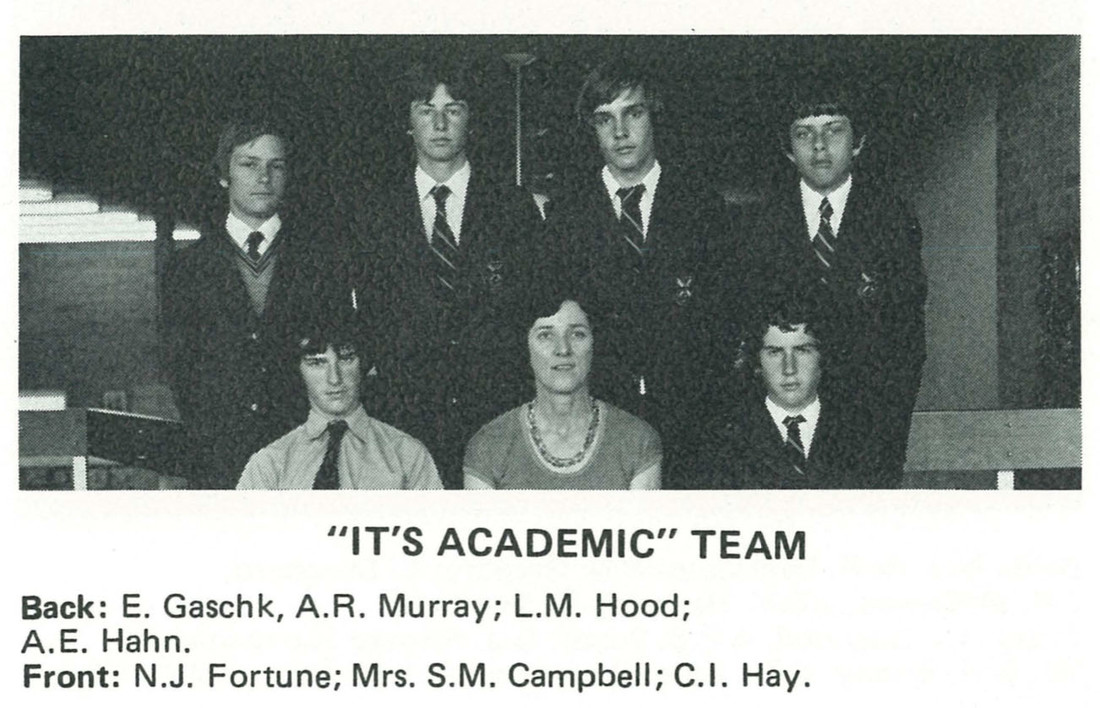 A photograph of the 1979 'It's Academic Team' from the 1979 Reporter volume 72 edition published in November of that year, page 30. The "It's Academic" team participated on the academic television program.

The Reporter states" During third term last year, a number of interested boys underwent a series of quizzes to test their general knowledge. As these quizzes continued, the number of boys diminished, until the middle of first term 1979 four boys were picked as Scotch's team in this year's "Its Academic" J. G. Picton-Warlow 1979.