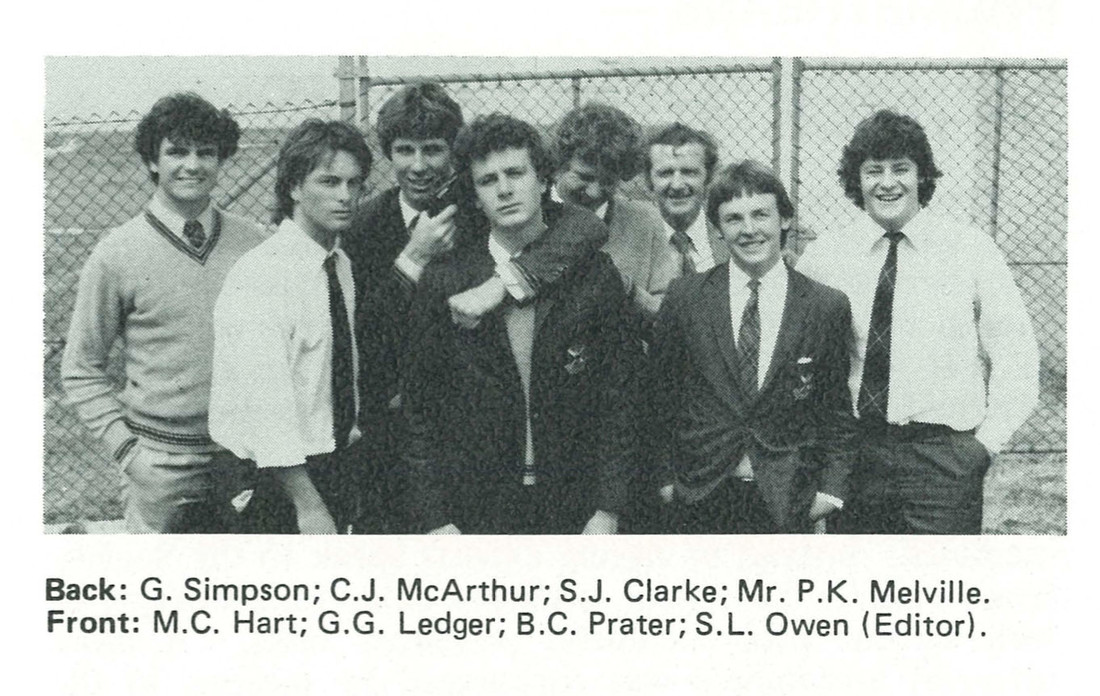 A photograph of the 1979 Newsboard Committee from the 1979 Reporter volume 72 edition published in November of that year, page 31.

"This year the "Newsboard" had a particularly hard reputation to live up to after last year's wit and mirth from the pen of Peter Rigby and cartoons from his brother, Paul. But we were unable to find reliable replacements in Garth Simpson, Graham Ledger, Tom Hitchcock and many others. In this group what we lacked in brilliance we made up for with consistency, which I'm sure readers of "Newsboard" were unaccustomed to in past years. As usual, major events this year were covered, and several different types of subject came under the scrutiny of the feared "Newsboard Boys" eagle eyes, cutting pens and somewhat blurry photographic eye.

"Newsboards" stepped right behind Forum this year in its effort to become useful, purposeful body and, although we won friends among Forum members, we almost certainly lost just as many friends over other matters. All in all, our carefree bunch of young reporters certainly kept the standard in this, the unforgettable "Year of Excitement" S. L. Owen 1979 page. 31.