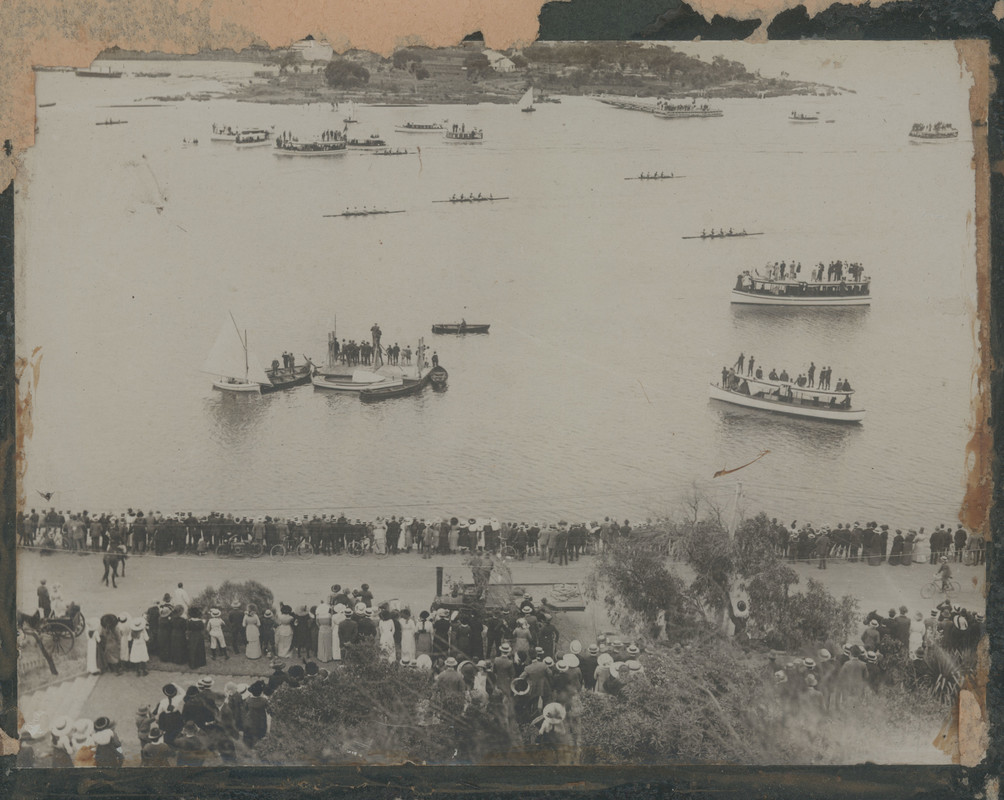 The "Finish of the Fours" photograph taken in 1914, depicts the finishing line of the Public Schools Association (P.S.A.) school boys rowing competition. The crews are photographed at the end of the race at the Narrows Bridge position of the Swan River in Perth, Western Australia.

Four crews of four can be seen racing to the finishing line, with the a judication platform placed in near the banks of the river. In the foreground you can see many men, women and children who have gathered to watch the race, on the Kings park edge of the Swan River. In the background you can see the the under-developed South Perth foreshore wetlands and beach, with spectators on the jetty. Yachts and wooden couta boats are also featured in the middle ground.