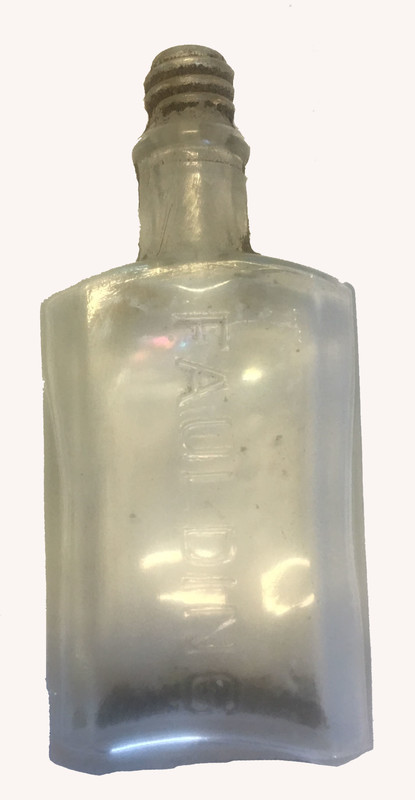 A 1900s glass Faulding bottle found during the initial dig at the current 2019 Mathematics and Business building site.

Faulding's success was founded on eucalyptus oil, which formed the basis of an antiseptic marketed as "Solyptol" (for soluble eucalyptus oil). The test became the industry standard, and the British Pharmacopoeia standard method in 1898. Other well-known products were Milk Emulsion (a pleasant alternative to cod-liver oil), Solyptol Soap, (which won a gold medal at the Franco-British Exhibition in London in 1908), Solyptol disinfectant, junket tablets, cordials, essential oils for perfumery and reagents such as Epsom salts.

The bottle may have possibly been placed in the soil around the time of the College's possession of the Shenton Road, Swanbourne (Claremont) site in 1904.

Mark Watts Head of Scotch College Operations and Project Manager found the bottles at the site and donated them to the Archive in 2019.