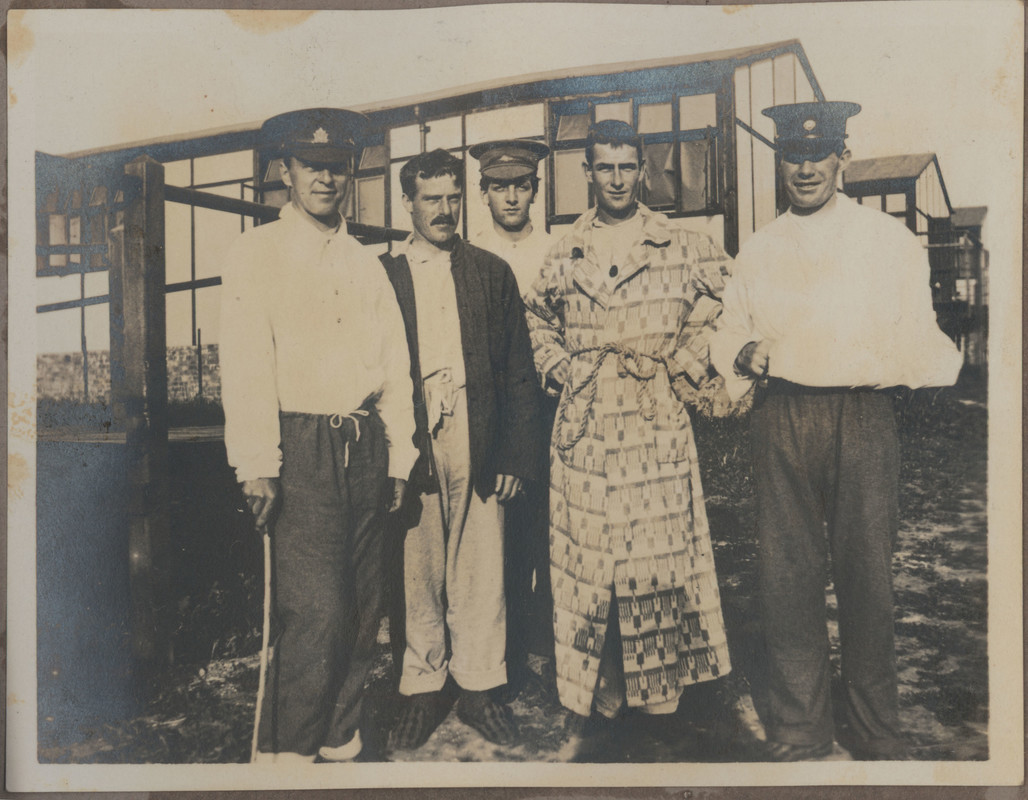 A 1916 photograph titled 'Five Walking Wounded' featuring soldiers stationed at 'Ontario Military Hospital' based in Orpington, United Kingdom. William (Bill) Hobson OSC1907 is featured in his dressing gown, second from right. William was placed in the hospital after being wounded at the Battle of Fromelles, France.