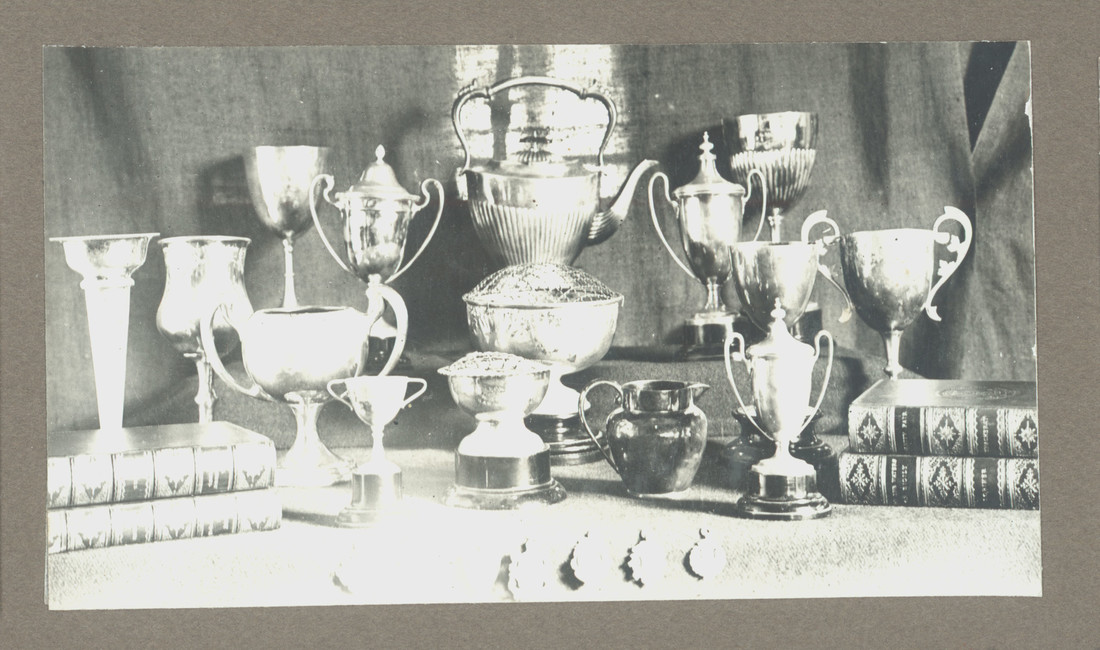 A circa 1918 photograph of Trophies. The photograph taken by Geoffrey was most probably taken at the end of year awards ceremony as multiple trophies and books are featured. The same book editions are featured in the Scotch College Heritage Centre Reading Room.