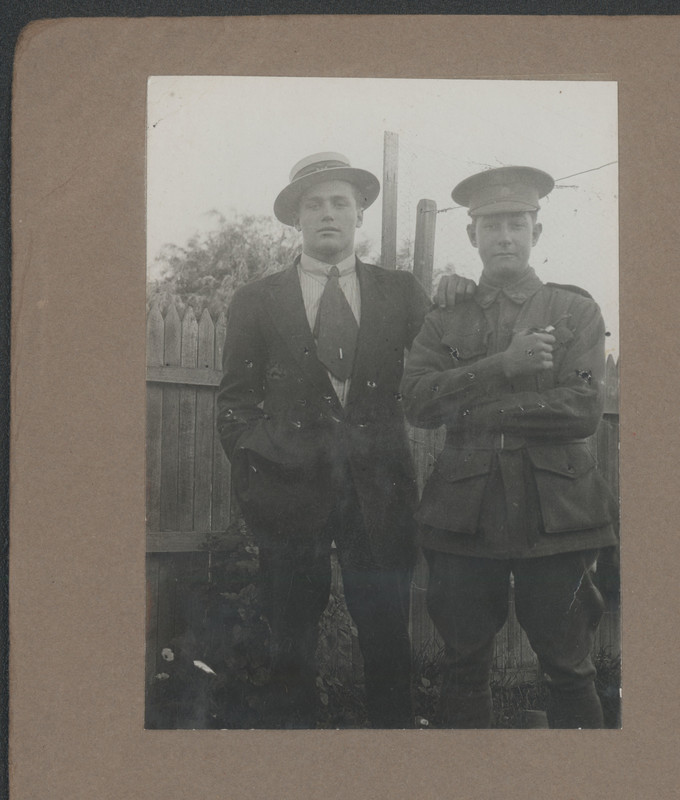 A circa 1918 photograph of Geoffrey Maxwell OSC1918 left and friend in military uniform. The photograph would have depicted his school peer in either his Cadet uniform or returned army uniform for that year.