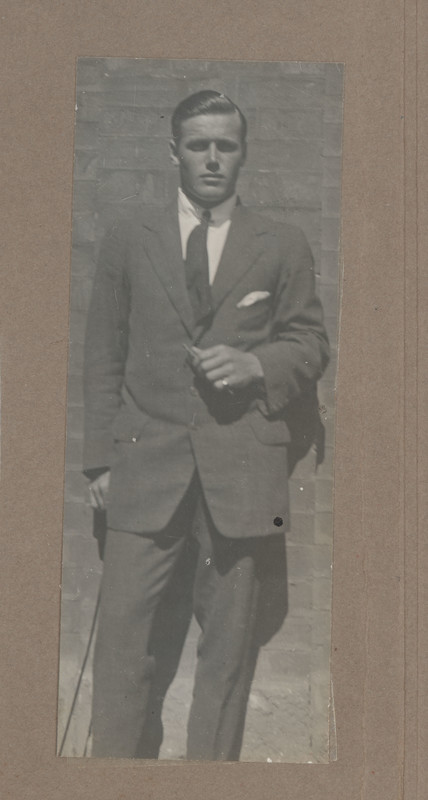 A 1918 photograph of Geoffrey Maxwell OSC1918 in a suit in the sunshine. Th photograph may have been taken outside the M-block building at Scotch College.