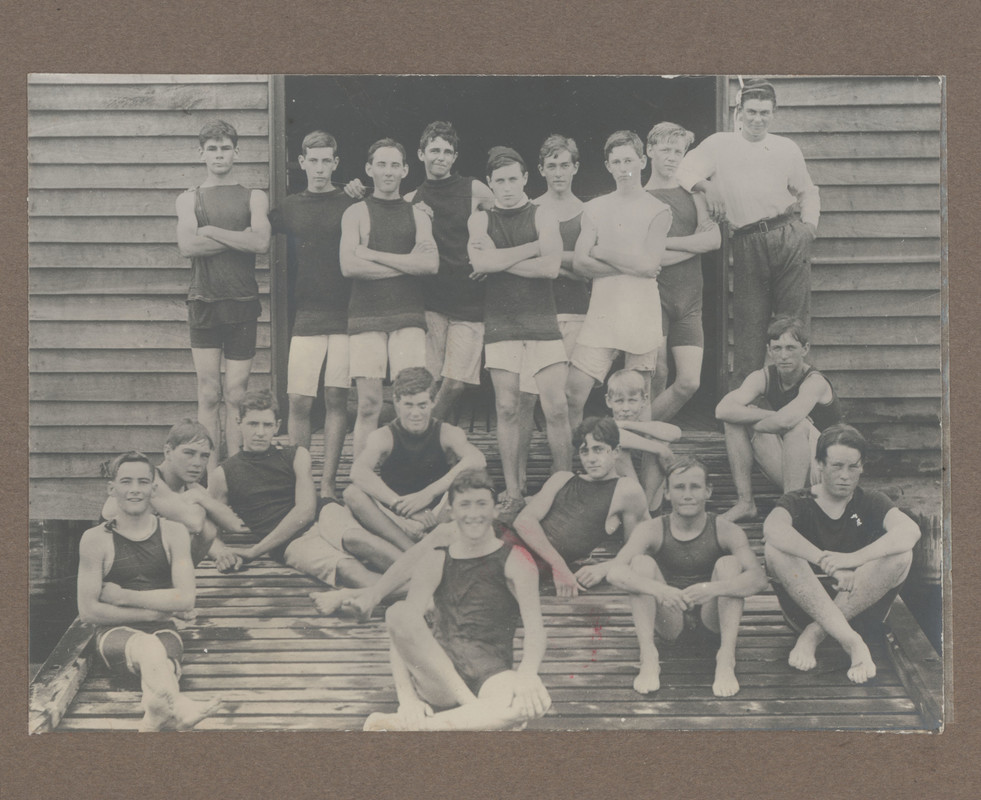 A 1916 photograph of the Scotch College Rowing Crews at the Boatshed Freshwater Bay Western Australia, featuring Geoffrey Maxwell OSC1918 fifth from back right.