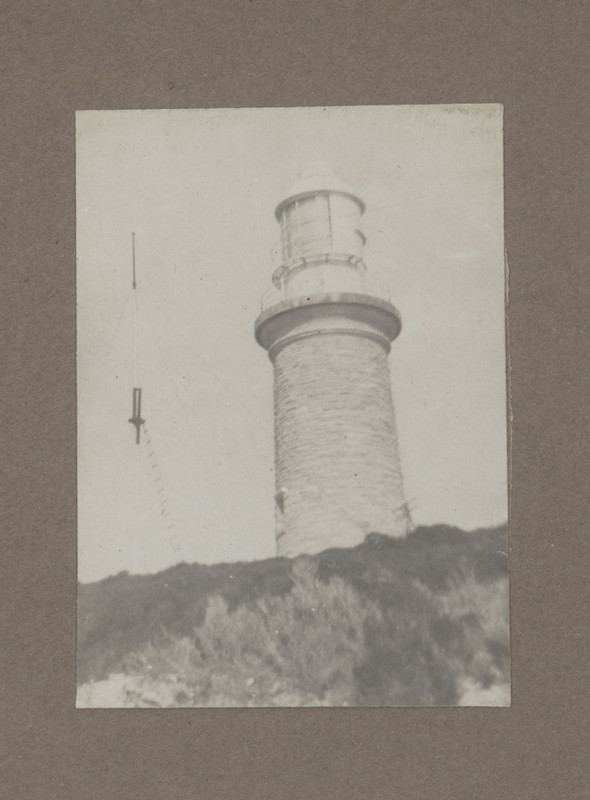 A photograph of the Rottnest Lighthouse in 1918. The photograph was taken by Geoffrey Maxwell OSC1918 whilst on holiday with family and friends.