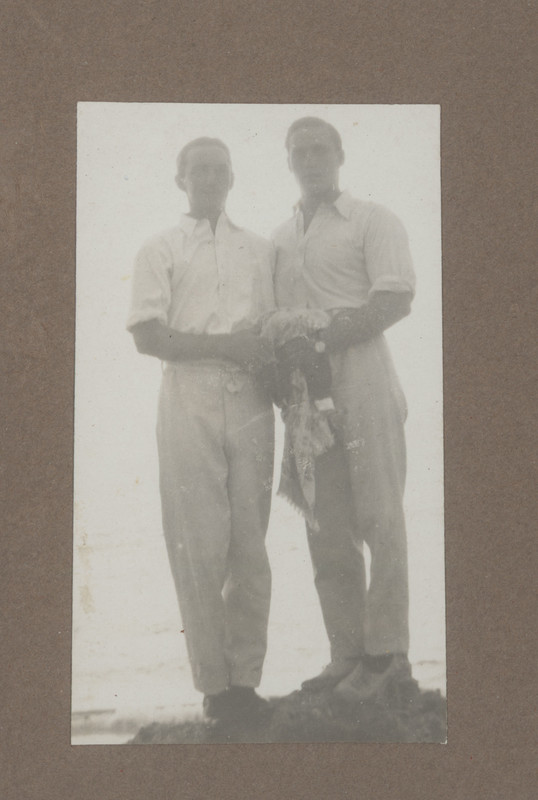 A circa 1918 photograph of Geoffrey Maxwell OSC1918 right and his Friend left. The image forms part of Geoffrey's photographic album which features many peers from Scotch College.