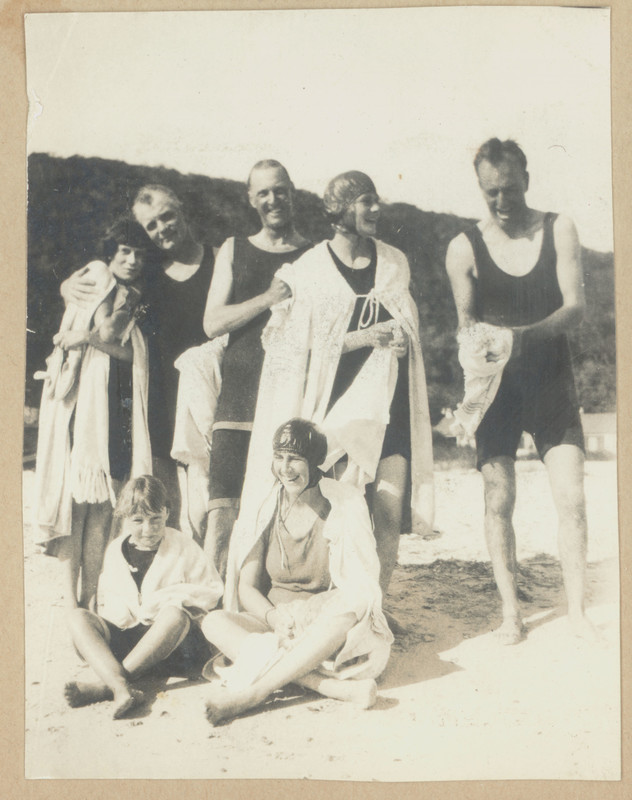 A 1919 photograph taken by Geoffrey Maxwell OSC1918 of a family in their bathers at the Beach. It is unknown if the people in the photograph are Geoffrey's immediate family, however the image was taken by him.