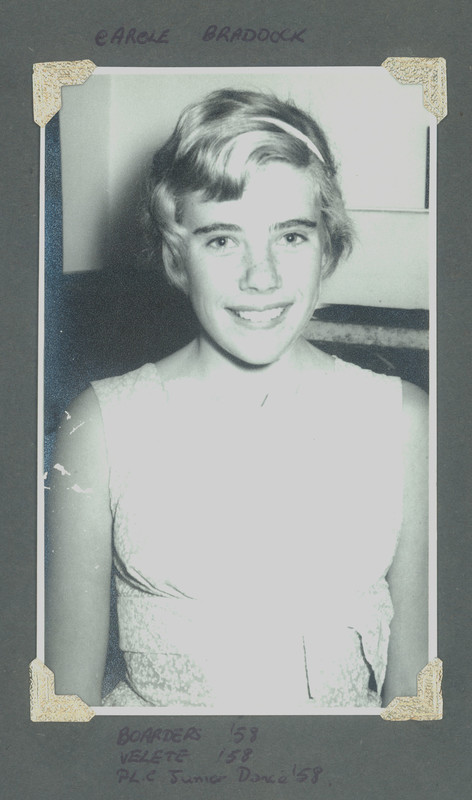 A portrait photograph of Carole Braddock attending the 1958 Scotch College Boarders Dance. Carole was invited to the dance by Boarder Lindsay Wilson OSC1960. The photograph was taken in the foyer of Collegians House before the dance.