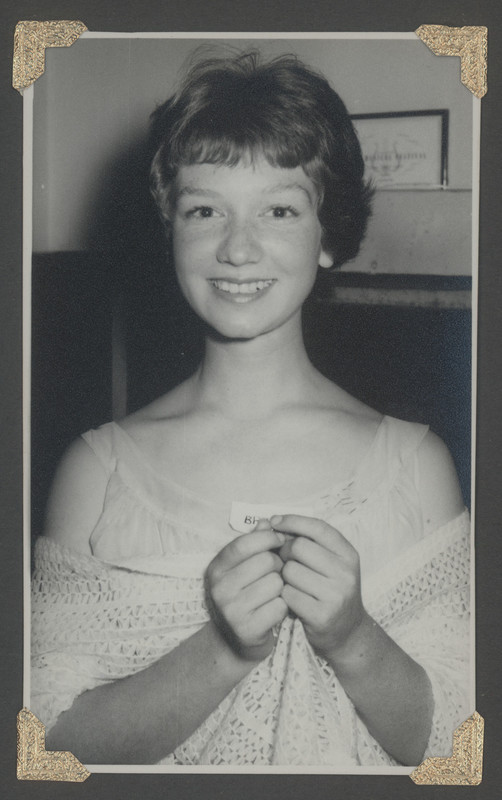 A photograph of Diane De Vos at the 1958 Scotch College Boarders Ball. Diane accompanied Lindsay Wilson OSC1960 to the dance.