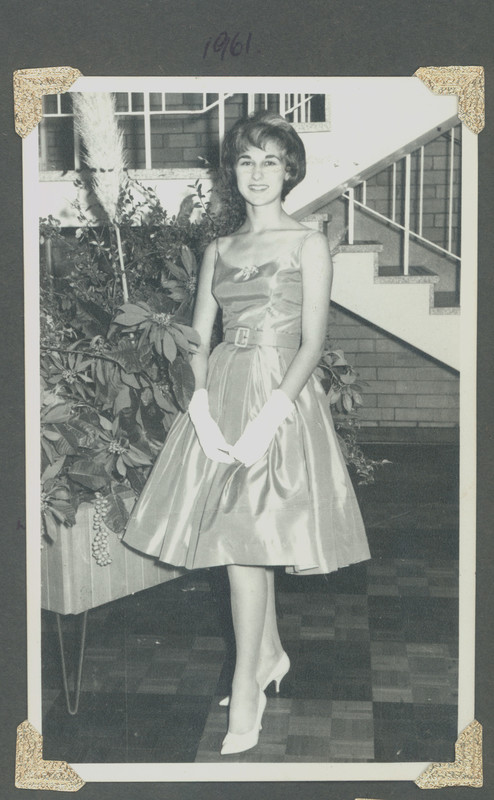 A photograph of Diana Ribley a guest of Lindsay Wilson OOSC1960 taken at the Boarders Dance held at Memorial Hall.