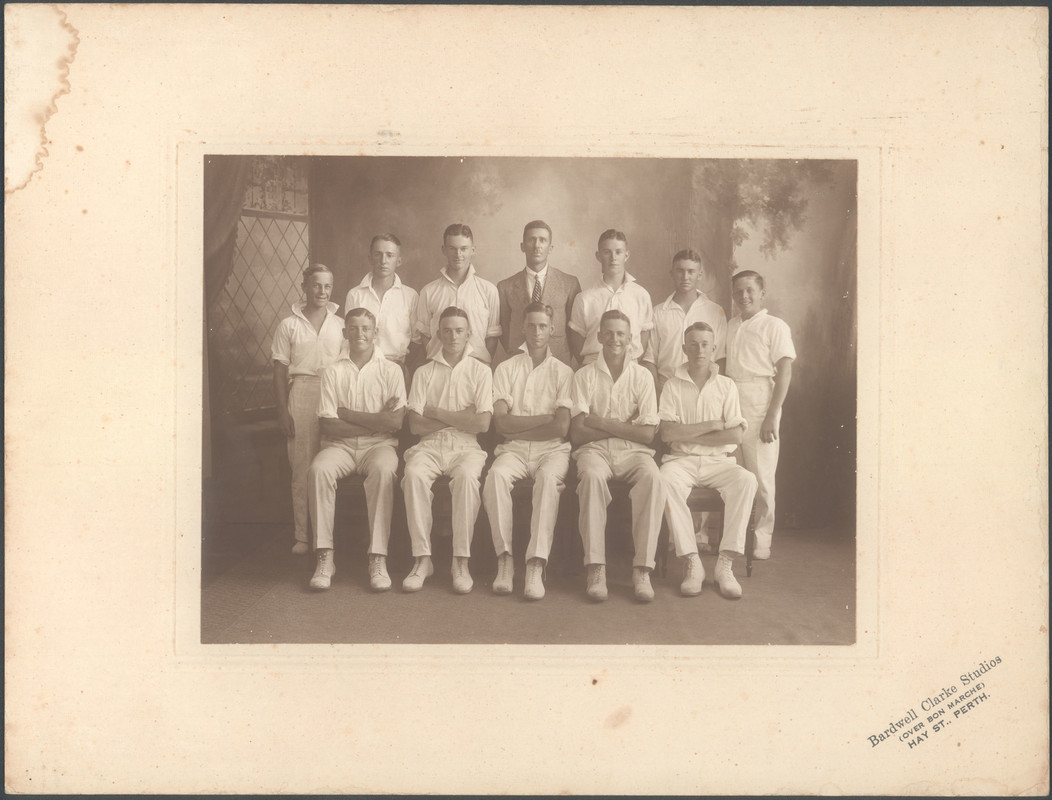 Ian's mother Mrs A. B. Grieve christened and named the the 'P.C. Anderson Rowing Boat' alongside Headmaster Peter Corsar Anderson at the Scotch College Boatshed located at Freshwater Bay in May 1928. The Grieve family have been schooled at Scotch College and represented the community over many generations.

The photograph depicts the 1927 - 1932 Cricket Team XI featuring Ian Grieve OSC1932 in the back row, third from right.