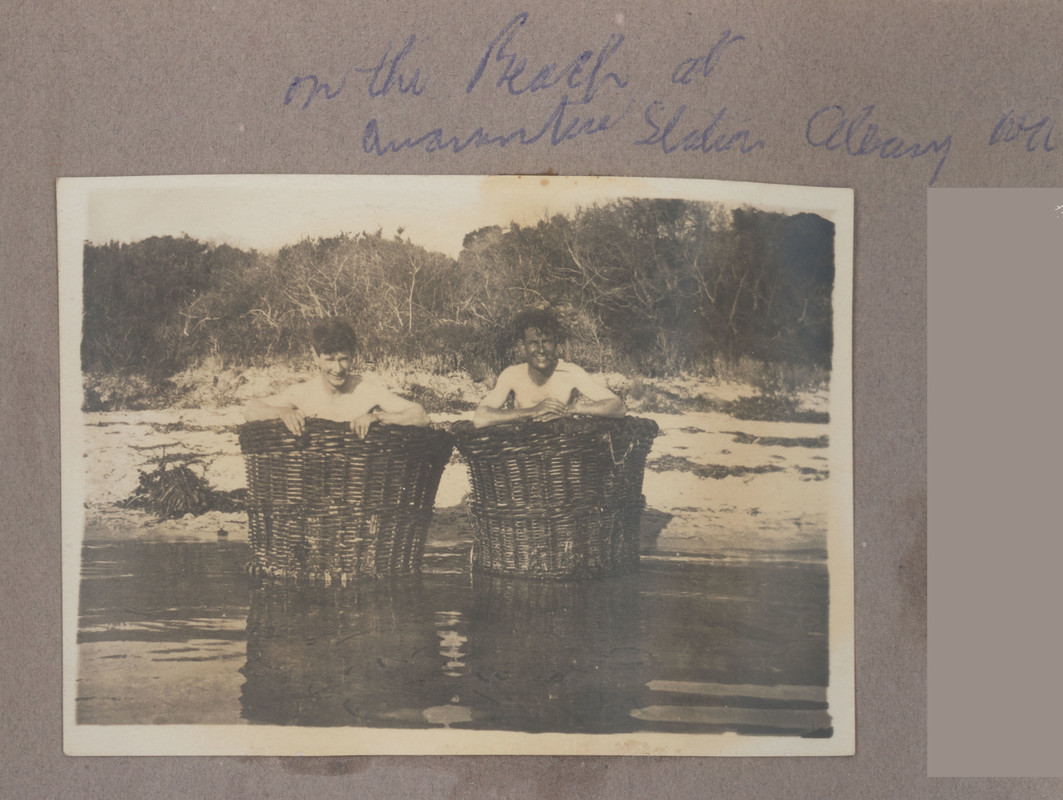 A 1919 photographed titled 'Two Men in Baskets' featuring William 'Bill' Hobson OSC1907 (right) and a friend pictured left. William was based at the Quarantine Station in Albany, Western Australia on his return from the United Kingdom as the Spanish Flu Pandemic was raging worldwide.