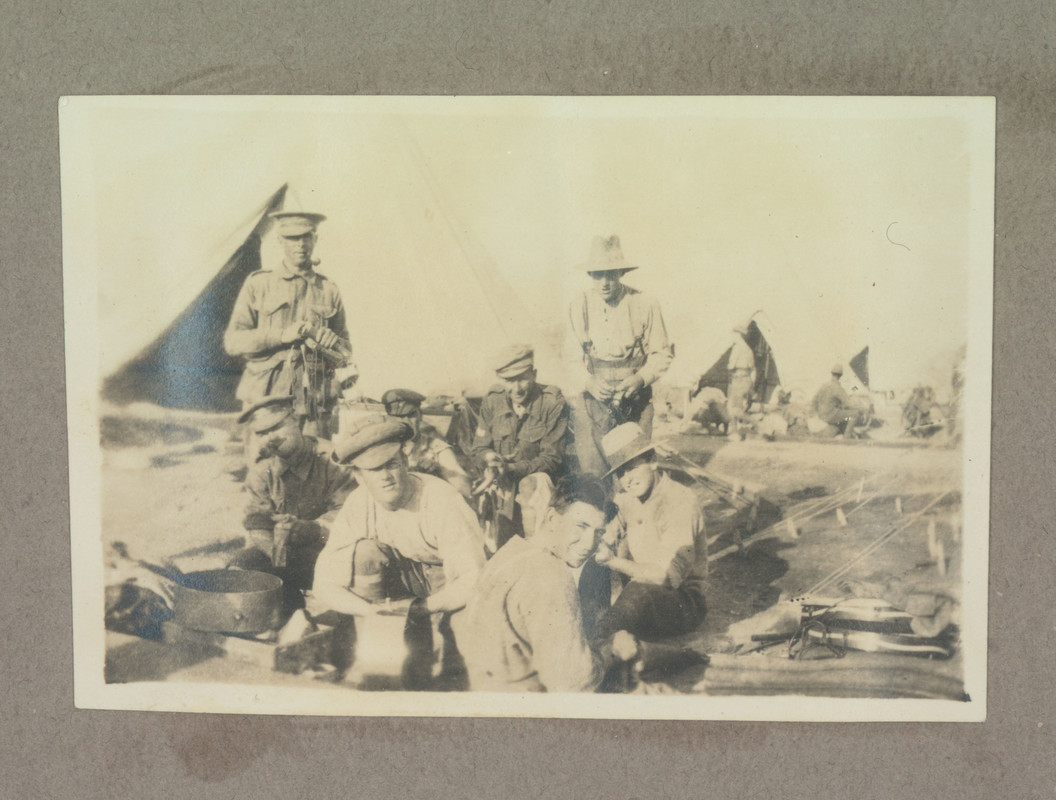 A 1916 photograph of troops based in Egypt on their way to fight in World War One in France.