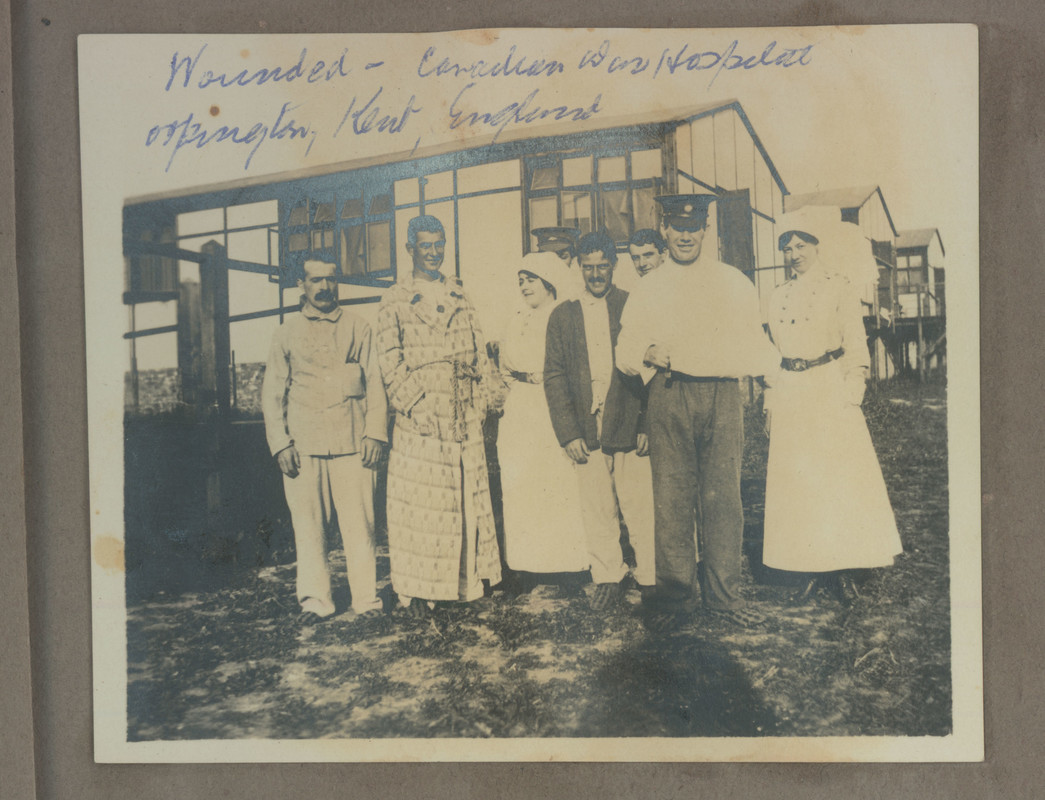 A 1916 titled 'Wounded at Canadian War Hospital' which features William 'Bill' Hobson OSC1907 second from left with servicemen and nurses. William was based at the 'Ontario Military Hospital' in Orpington, United Kingdom after being wounded at the Battle of Fromelles, France.