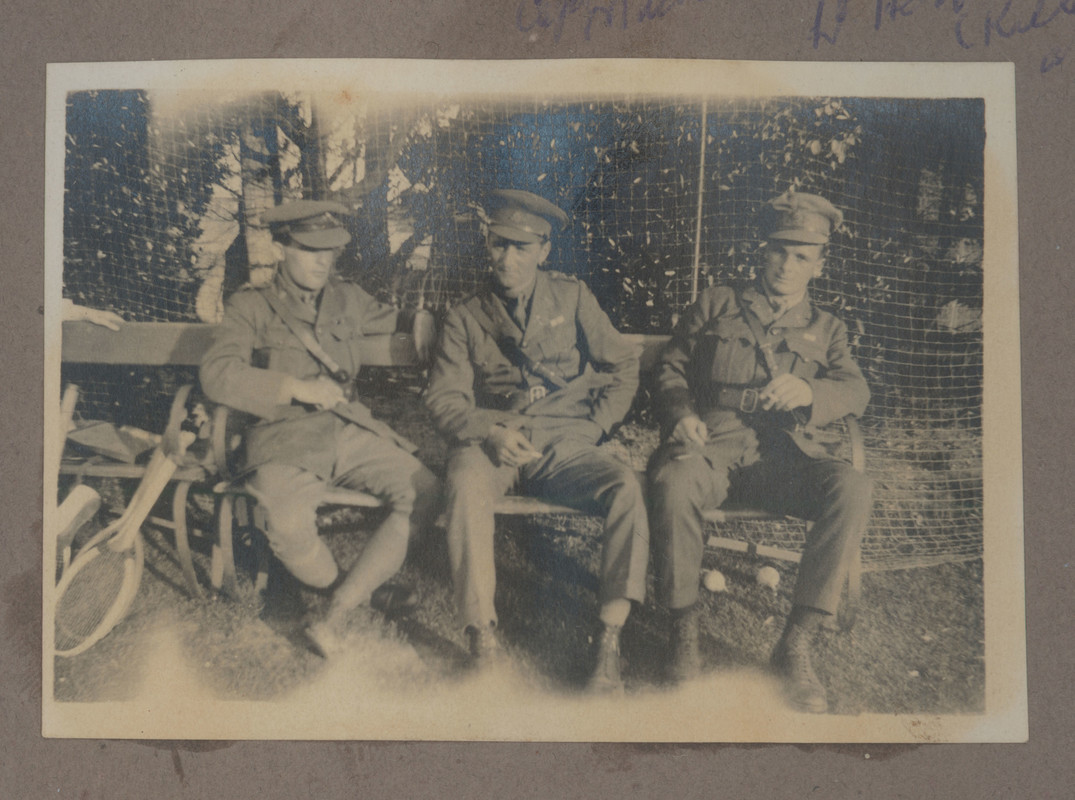 A 1916/1917 photograph titled 'The Officers'. The photograph was taken by William (Bill) Hobson OSC1907 and featured part of his album when located in the 'Ontario Military Hospital' in Orpington, United Kingdom. William has scribed Captain Mitchell (centre) and Lieutenant Hunt (right). The officer on the (left) is unknown. It is believed the three officers photographed are doctors at the hospital.