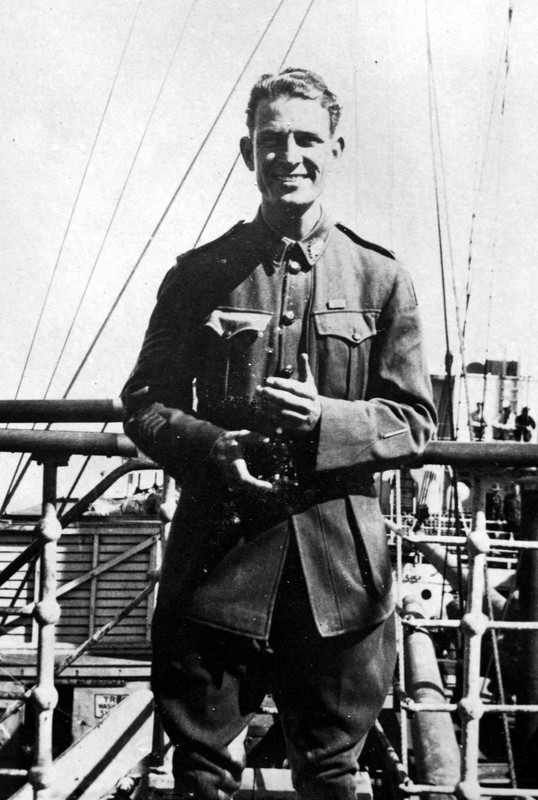 Photograph: A 1919 photograph of William 'Bill' Hobson OSC1907 in is AIF uniform on a ship on his way home from London, United Kingdom. On his return to Western Australia he spent time at the Albany Quarantine Station due to the Spanish Flu Pandemic of 1919.