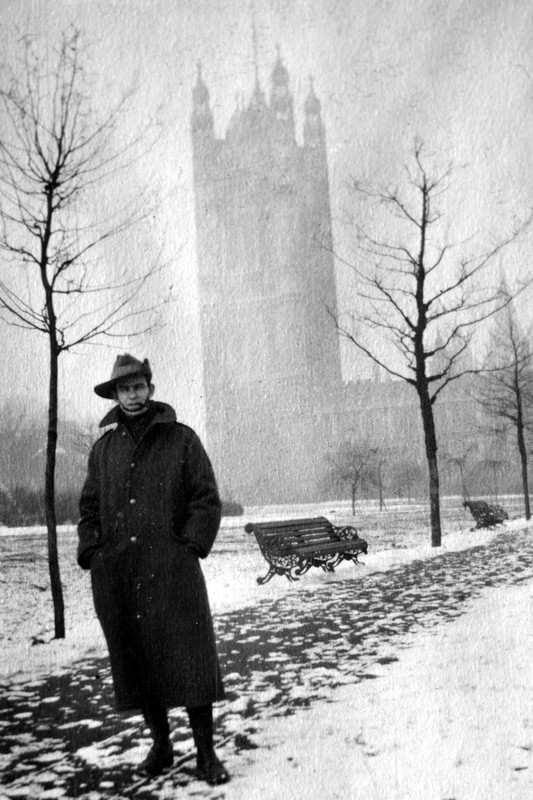 Photograph: A 1916 Photograph of William ‘Bill’ Hobson OSC1907 at Westminster, London, United Kingdom. Bill is pictured in is AIF woolen jacket in the European winter of The Big Freeze.