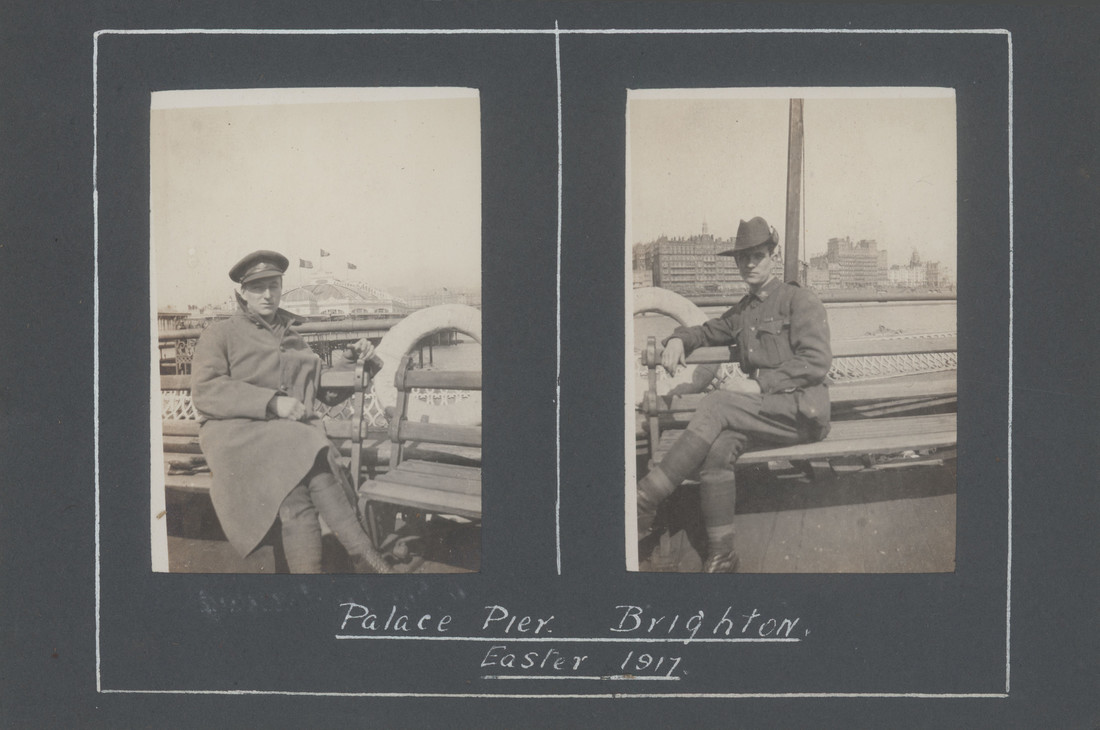 Left photograph: Bert Hill is pictured on the left. They are photographed on the Palace Pier, Brighton, United Kingdom.

Right photograph: William (Bill) Hobson is pictured on the right. They are photographed on the Palace Pier, Brighton, United Kingdom.