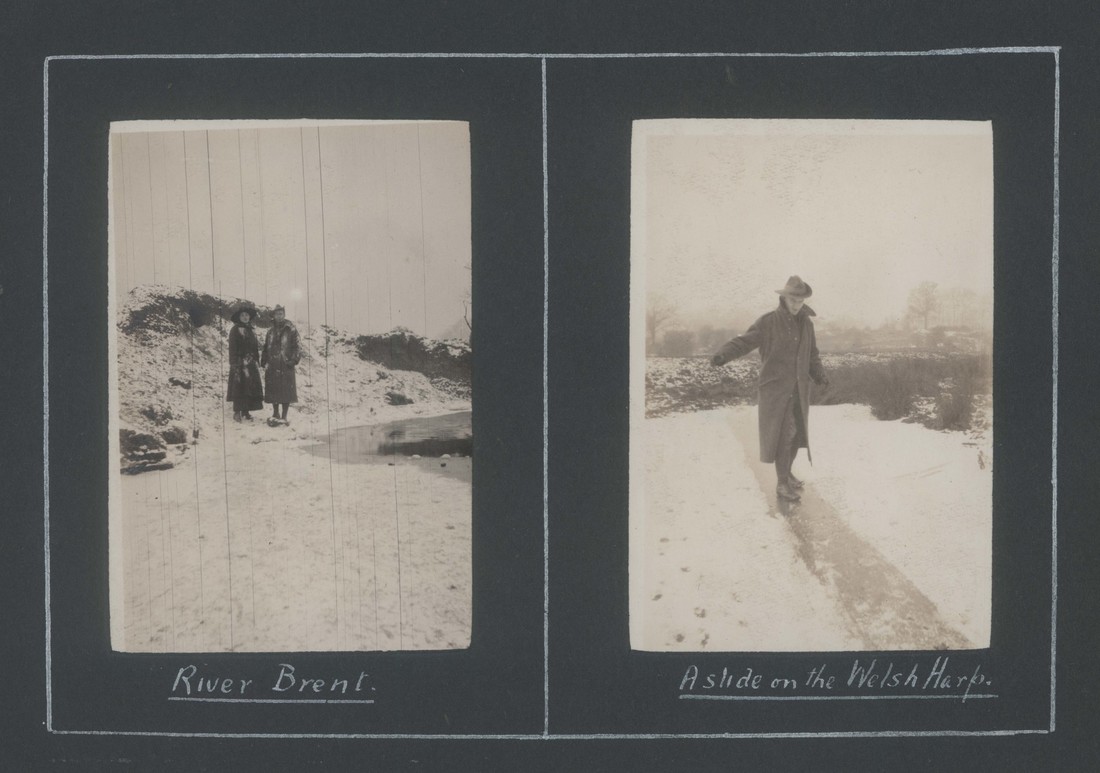 Image right: 'A Slide on the Welsh Harp' image could possibly be of William (Bill) Hobson in Australian Armed Forces uniform.