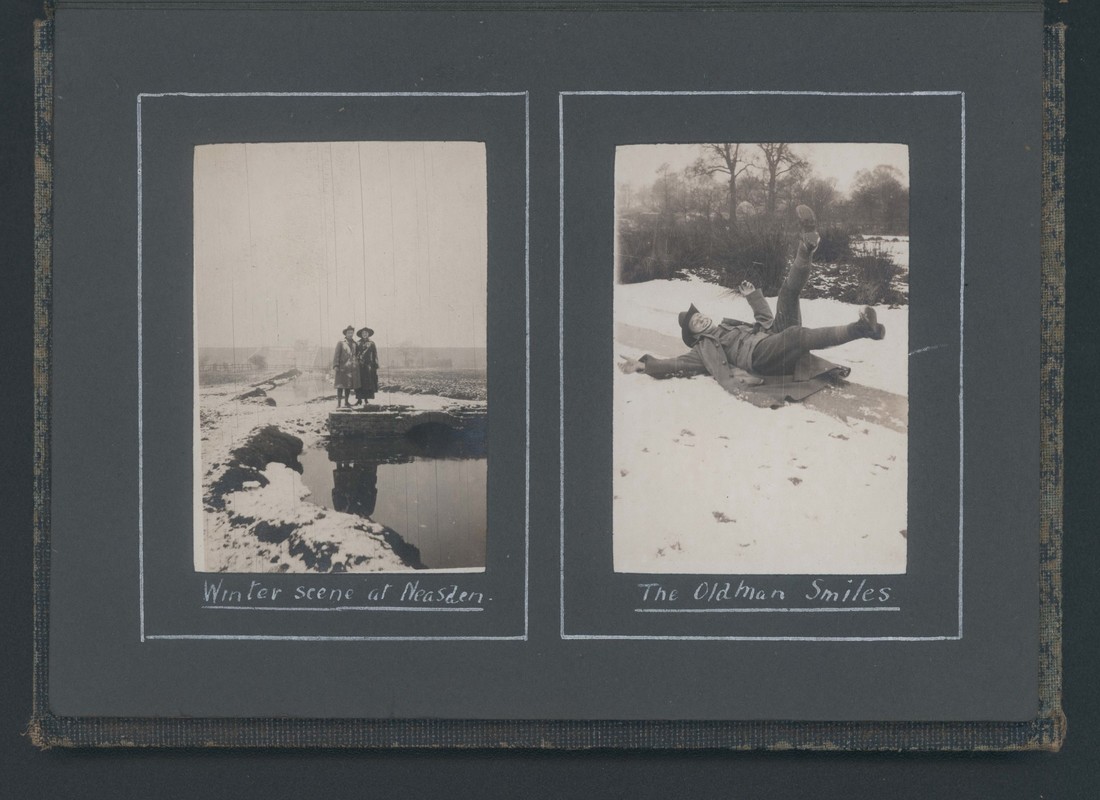 Right Image: Bert Hill friend of William (Bill) Hobson is photographed on the right hand side. The photograph is titled 'The Old Man Smiles'.