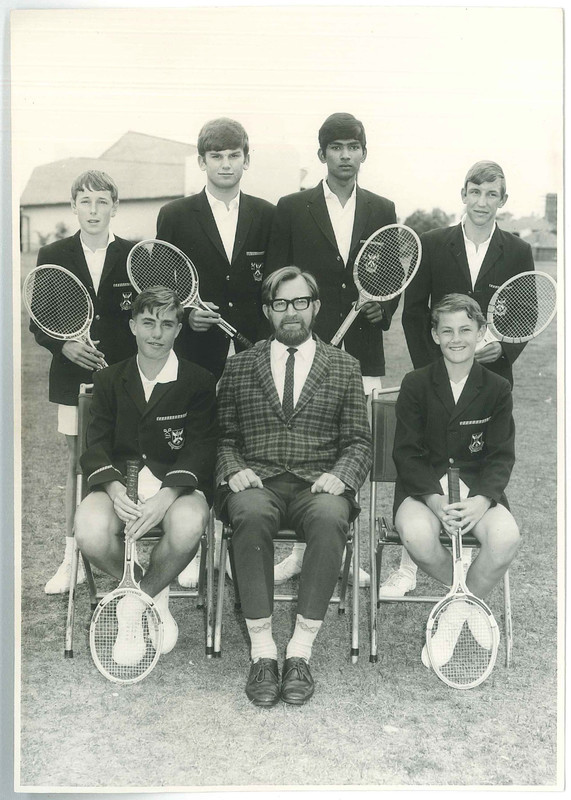 The 1969 Reporter reported about the team "Evidence of younger players coming to the foreground can be seen in Scotch's P.S.A. team this year. Our First VI was the youngest ever to play and included Stephen Proud (14) and Philip Lansell (15). In the competition, the team showed great improvement by winning three of its six matches.

The tennis was of a high standard, all the games were close, and sportsmanship was excellent.
Outside the P.S.A. round, Scotch played for the Slazenger Cup and were defeated by Aquinas. In the Herbert Edward's Cup, the team reached the quarter finals. Tennis as a sport has become most popular within the school and this season overcrowding of the courts was obvious. With this squeeze on the courts, the first squad trained at Cottesloe once a week, and now a new area for three grass courts has just been planted. It will be ready for the 1971 P.S.A. round.

The first squad would like to convey its thanks to Mr. Tonkinson for the time and effort he has given to them. His ability is reflected in many of our good players, and G. Shipley has now passed through two seasons ofP.S.A. competition undefeated". page 54. 1969 Scotch College Reporter.