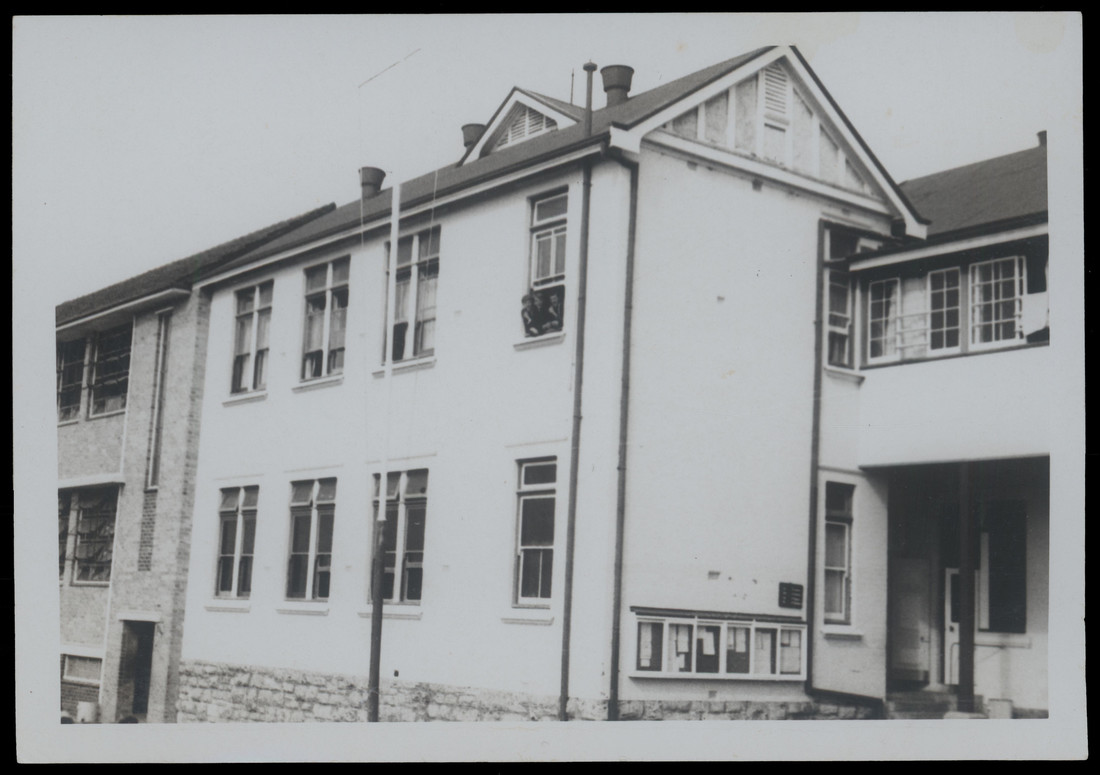 A selection of photographs taken by Ian Campbell taken in the 1960's at Scotch College. The photographs taken mainly depicted students and teachers, throughout the Senior School campus and some images were taken on the Playing Fields.

The photograph depicts the M-Block Senior School building looking west. The two story building is depicted in black and white, no students are depicted, however, their dorm window can be seen to be open with towels hanging in the top right corner of the image.