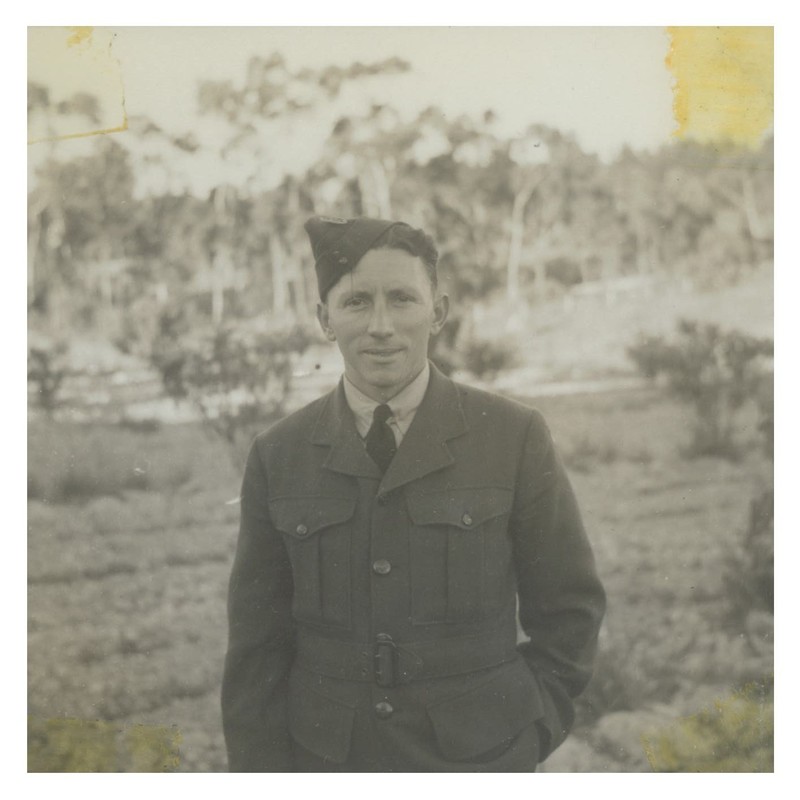 A photographs of Murray (Sherbourne) Sheppard OSC1925 in 1942. The photograph was digitally donated 2019 by his daughter Laurelei Moore. The photograph depicts Murray pictured in his World war Two RAAF uniform, most probably taken in Victoria while on leave.