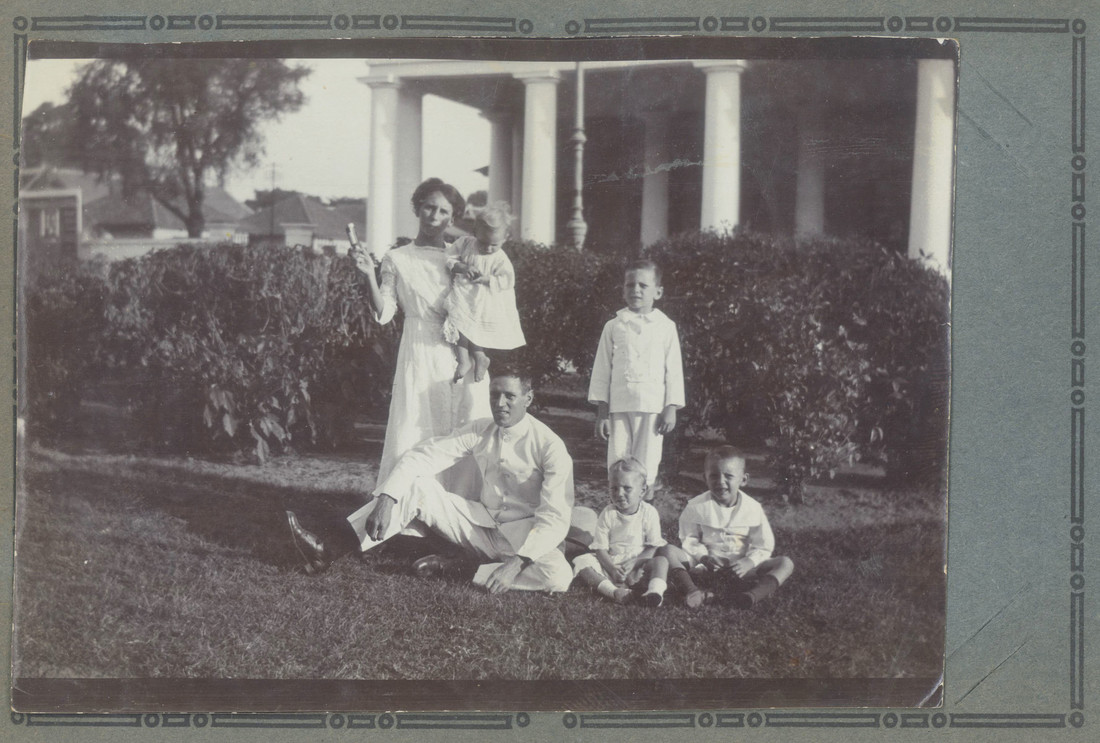 A photographs of Murray (Sherbourne) Sheppard OSC1925. The photograph was digitally donated by his daughter in 2019 Laurelei Moore. The photograph depicts Murray pictured with his family, standing out the front of their home on the Plantation in East Java.