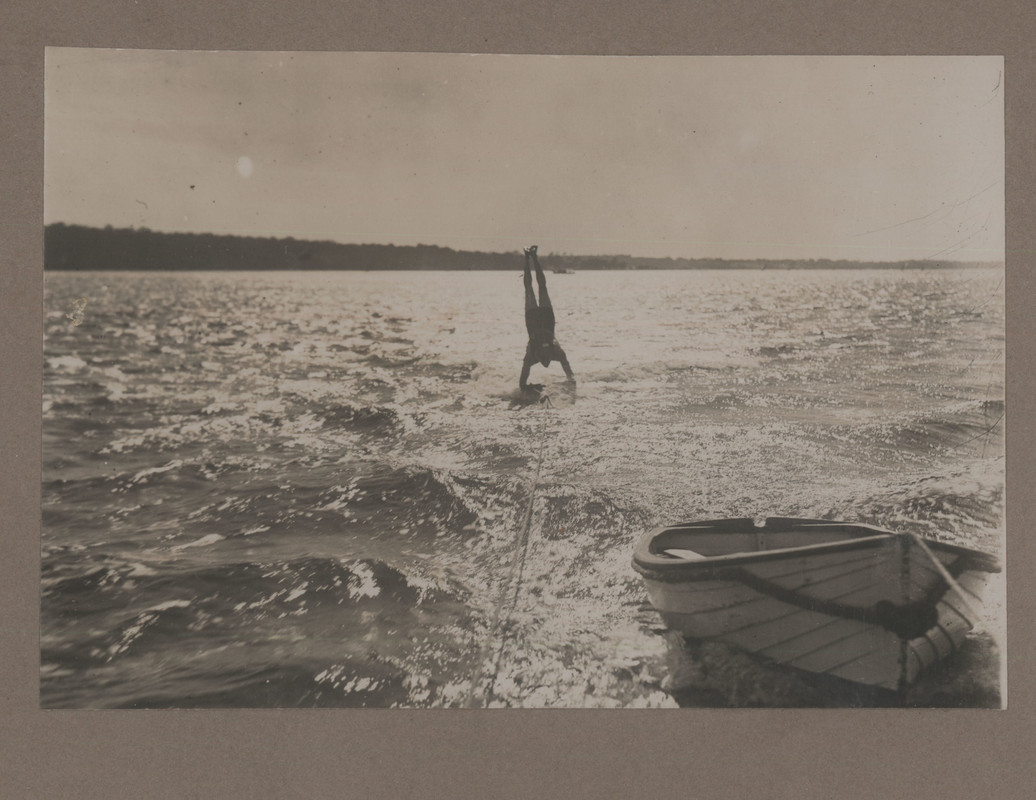 A circa 1919 photograph of Geoffrey Maxwell OSC1918 hand standing on the Swan River behind a boat.