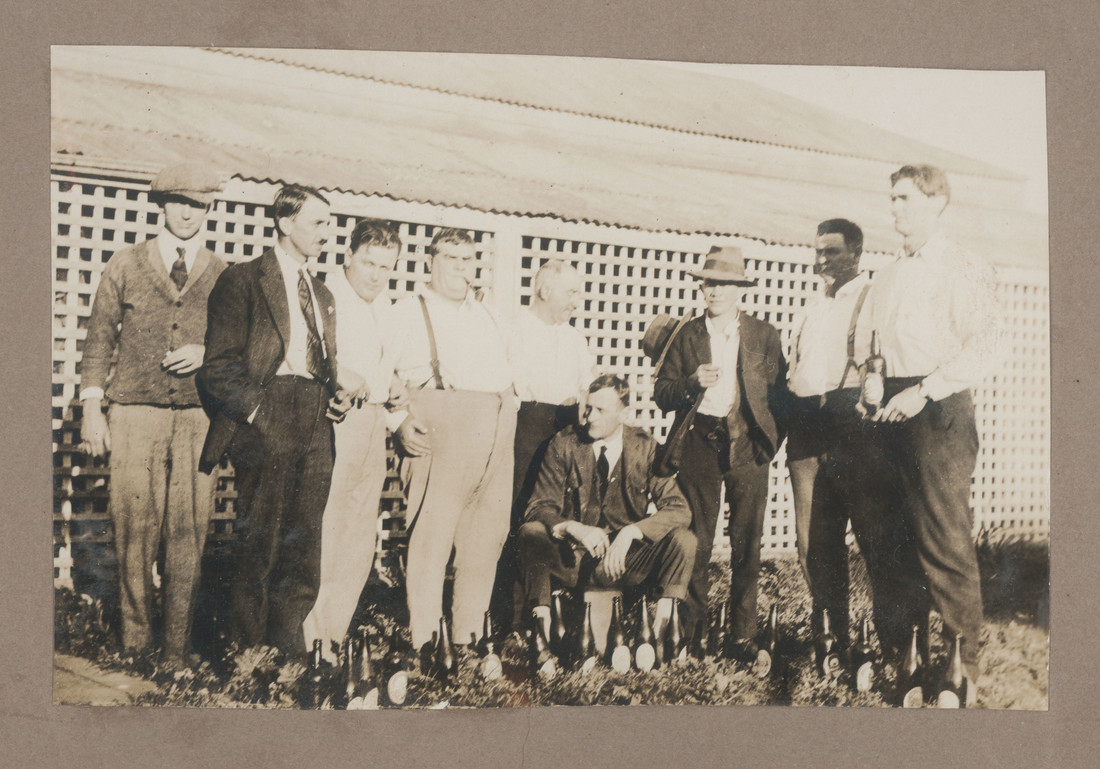 A circa 1919 photograph of Geoffrey Maxwell OSC1918 (third from left) and his work mates. Th photograph was most probably taken in the Murchison or Gascoyne regions where Geoffrey worked as a wool classer.