1919 Geoffrey Maxwell OSC1918 second from left with friends on automobile 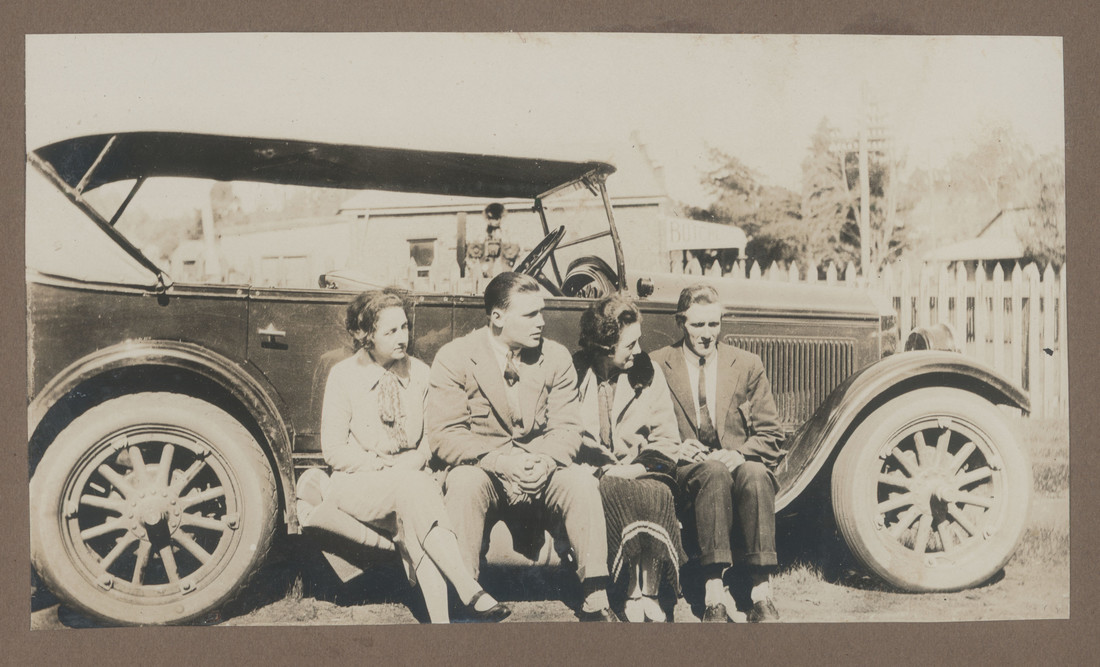 A 1919 photograph of Geoffrey Maxwell OSC1918 second from left, with friends pictured sitting on a soft-top automobile.