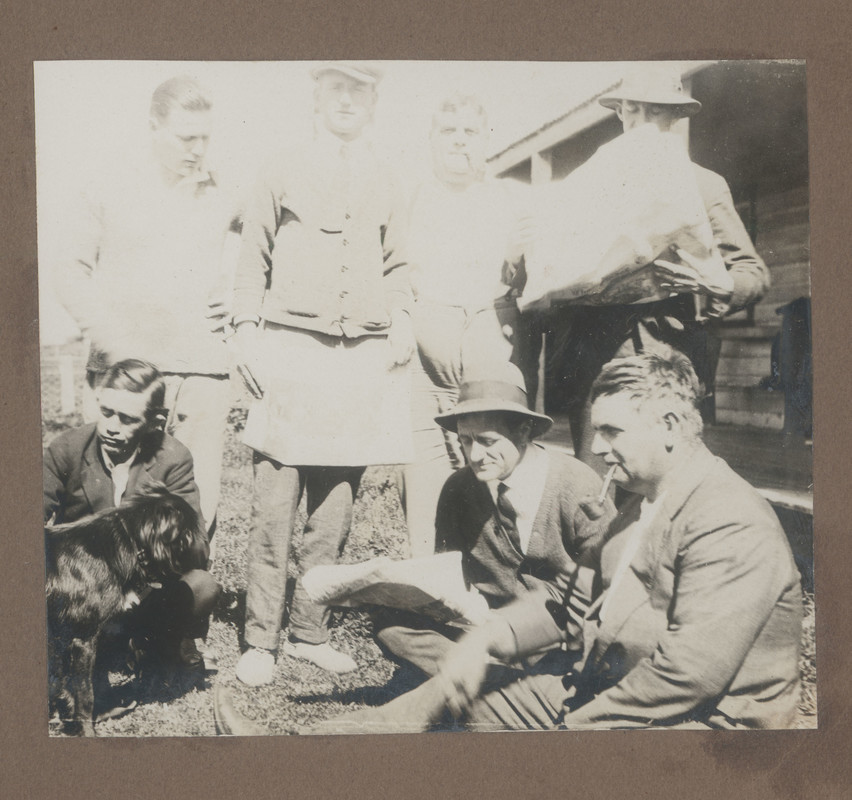 A 919 photograph of Geoffrey Maxwell OSC1918 featured in the back row far left with work mates. The image is most likely taken in the Murchison region where Geoffrey worked as a wool classer.