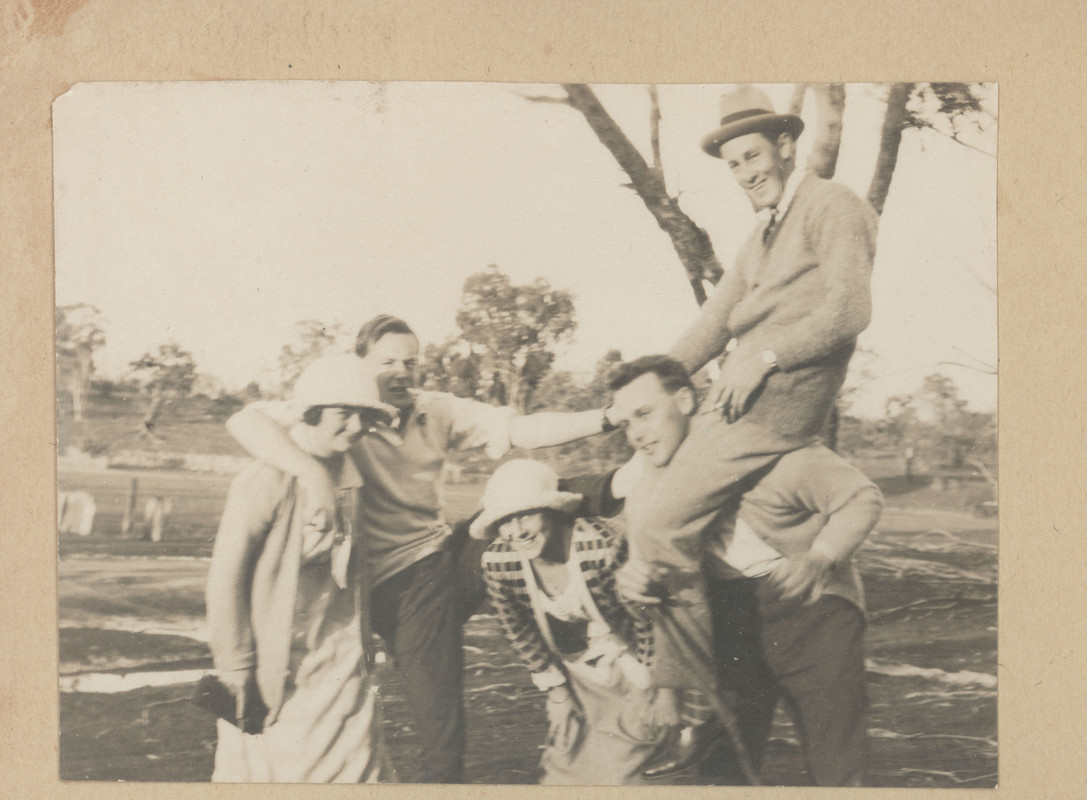 A 1919 photograph of Geoffrey Maxwell OSC1918 second from right and his Friends pictured outside.