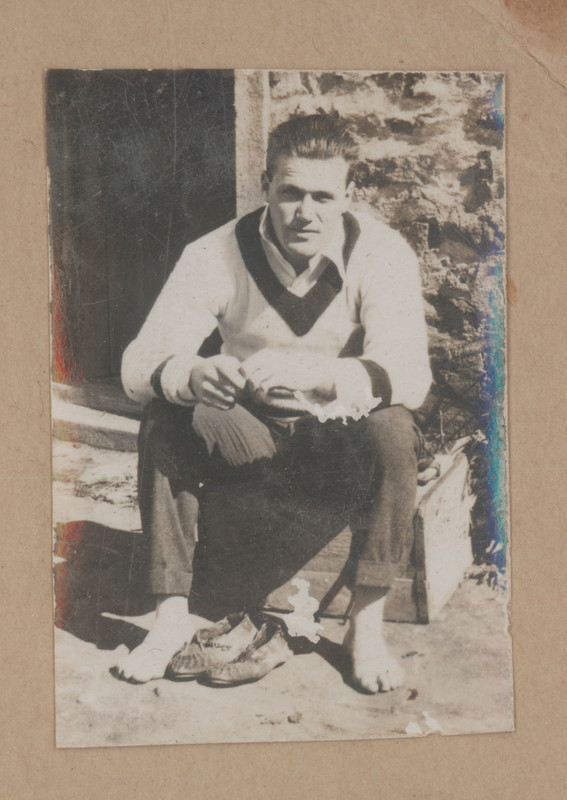 A 1919 portrait photograph of Geoffrey Maxwell OSC1918 without shoes.