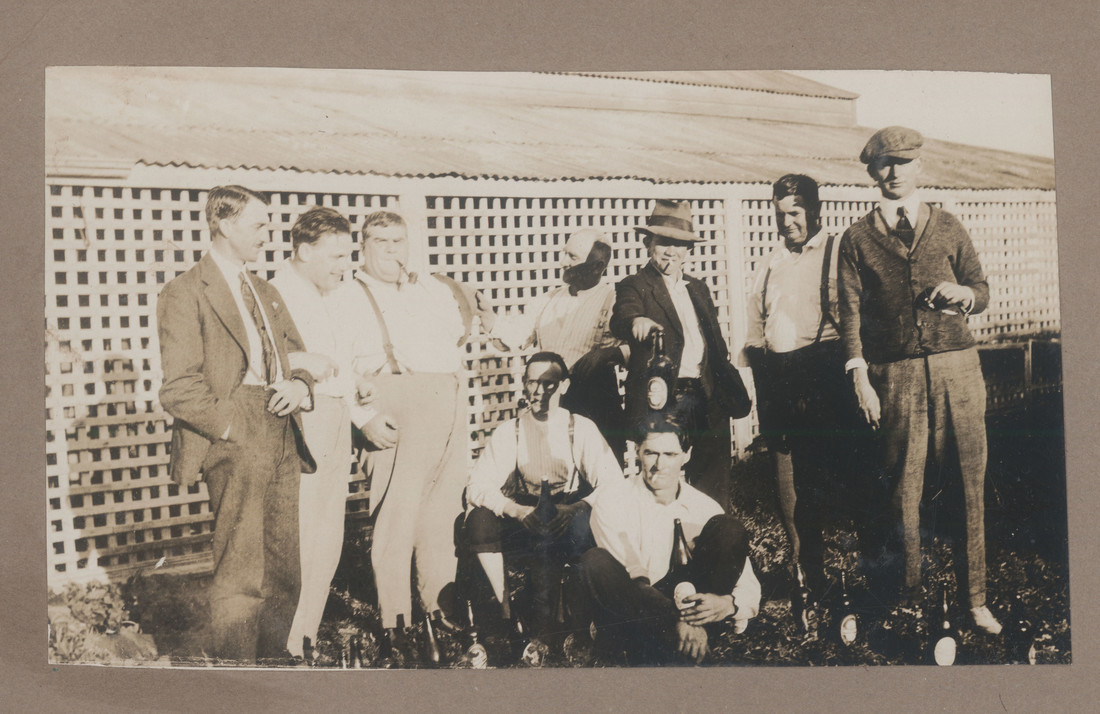 A 1919 photograph of Geoffrey Maxwell OSC1918 second from left and work mates in the Gascoyne region of Western Australia. Geoffrey was an expert wool classer in his working career and often worked in the region.