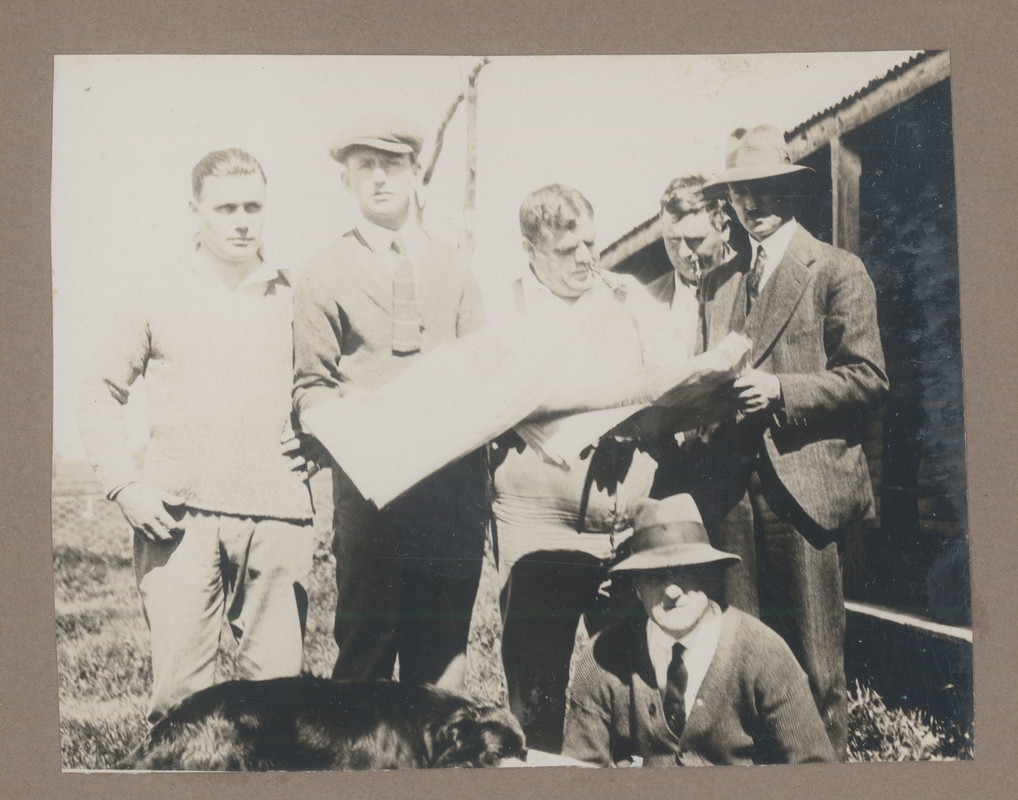 A circa 1919 photograph of Geoffrey Maxwell far left and work mates in the Gascoyne Region of Western Australia.