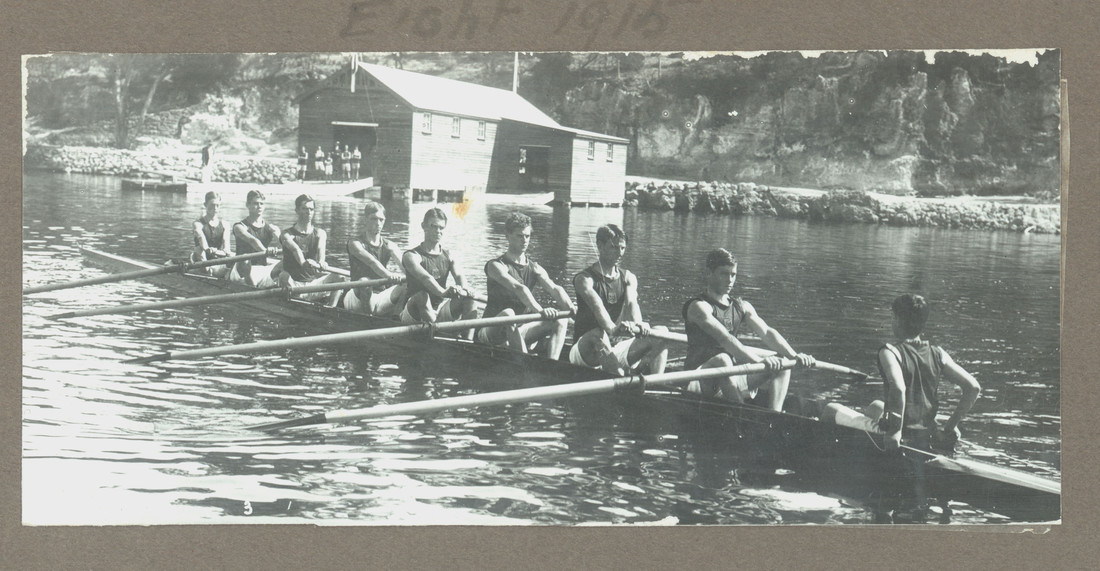 A 1915 photograph of the Scotch College Rowing Crew Eight VIII featuring Geoffrey Maxwell OSC1918 stroke (centre). The images features the Boatshed in the background. The image is taken on the Swan River at Freshwater Bay, Western Australia.