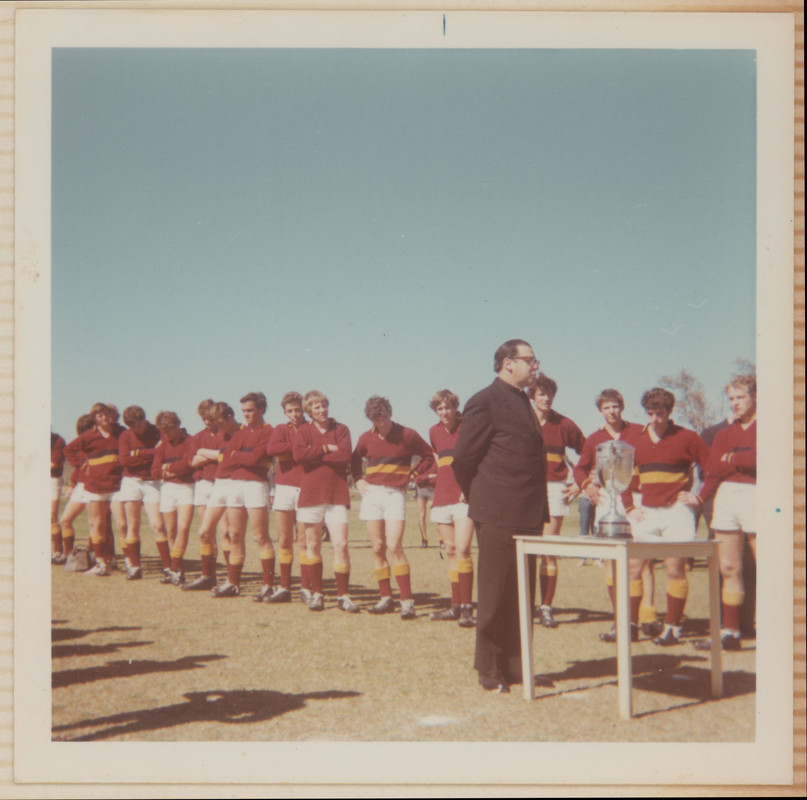 A photograph of the 1970 Scotch Football team being presented with Alcock Cup by Broter Redman from Aquinas. Tony Bovell OSC1970 was the Captain of the team.

Stephen Stock OSC1970 donated a suite of photographs from his time at Scotch College. The images comprise of various sporting groups, Prefects and Public School Association carnivals. Images were taken from the late 1960s right up to his leaving year 1970. The black and white photographs depict Junior, Middle and Senior school day to day experiences.