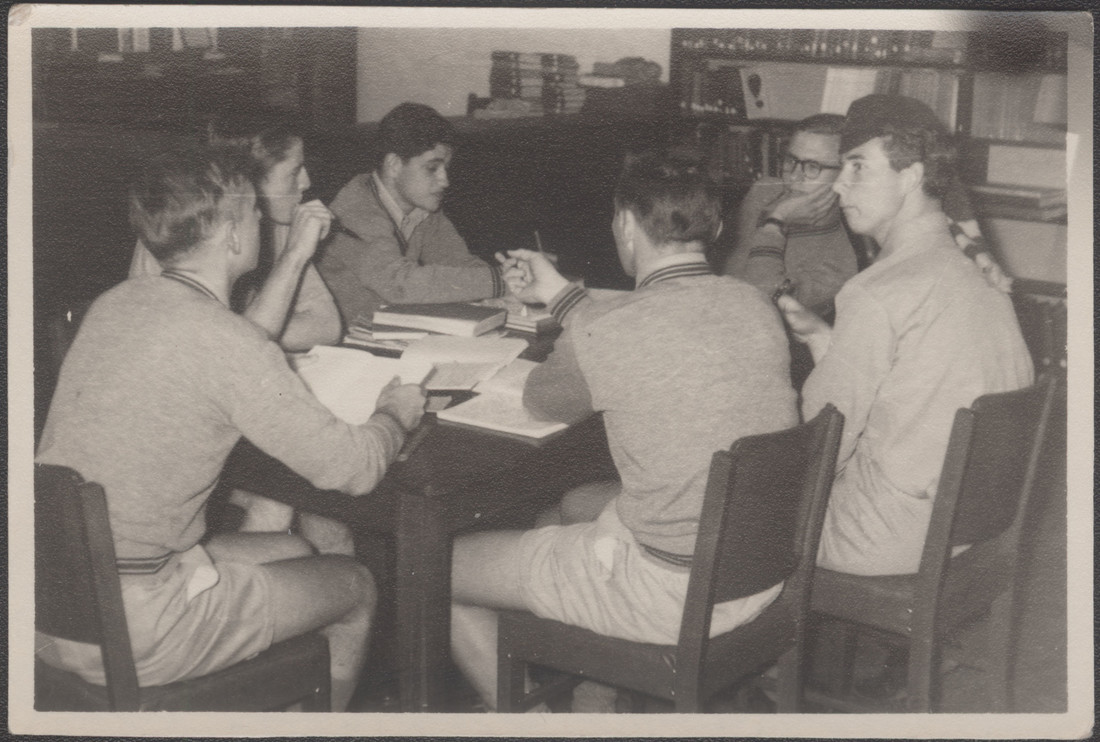 The 1956 depicts the Scotch College class Form 6A featuring Ian Sharpe OSC1956, Alan Tough OSC1956, Paul Thompson OSc1956, Tony Bird OSC1956, Peter Butterworth OSC1956 and Brian Cain OSC1956. Students can be seen in their final year of school studying around a table. The photograph is part of a series of photographs taken by Geoffrey McMullen OSC1956.

The Archive has been fortunate in receiving an archival donation of nostalgic images taken throughout the school around the mid 1950s.

The donation comprises of photographs taken during Geoffrey's time at school, including pictures of Headmaster PC Anderson out the front of his home in Congdon Street Claremont in 1954, 1955 Interschool Swimming competition at the Crawley Baths, 1956 P.S.A. Head of the River looking out to the South Perth foreshore and the 1956 christening of the P. C. Anderson Rowing Boat at the Boatshed, Freshwater Bay Western Australia.