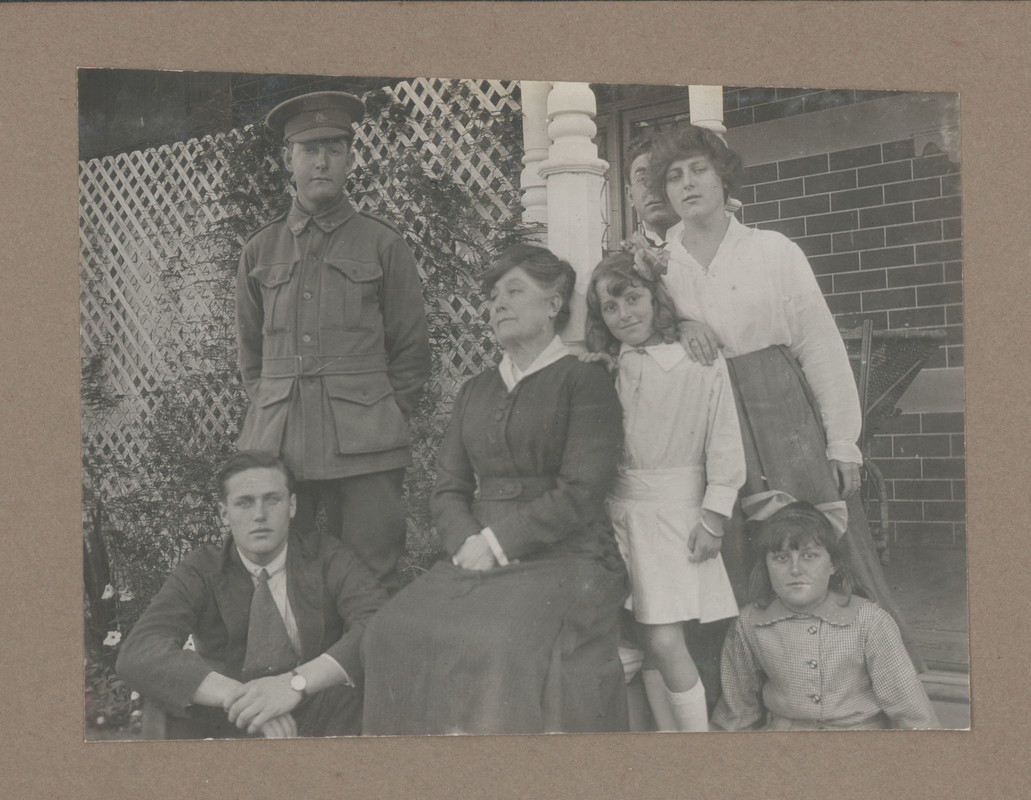 A 1918 photograph of Geoffrey Maxwell OSC1918 seated left with school friend and his family. On elf his friends is in military uniform and the other can be seen in his Year 12 blazer with glasses at the top of the steps hidden behind a family member.