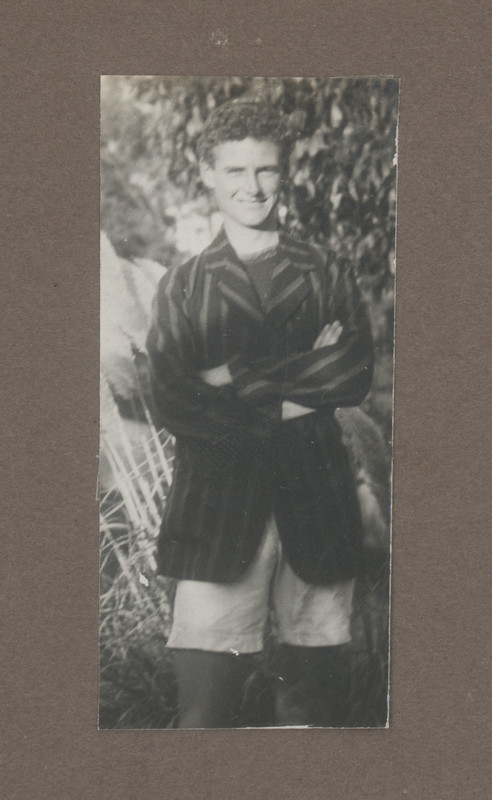 A circa 1916 photograph of a Scotch College Student wearing his striped school blazer. The photograph was most probably taken at the Boatshed at Freshwater Bay Western Australia.