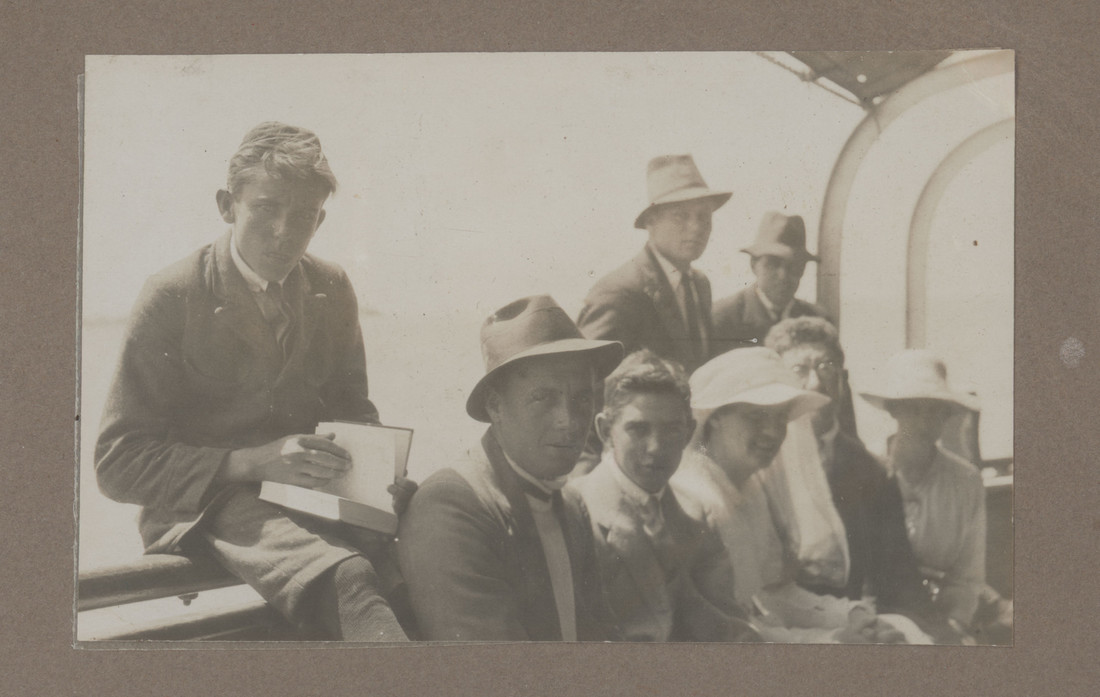 A circa 1918 photograph of Geoffrey Maxwell OSC1918 featured second from right with Family and Friends. The photograph looks as if the group are on an open air boat to Rottnest island.