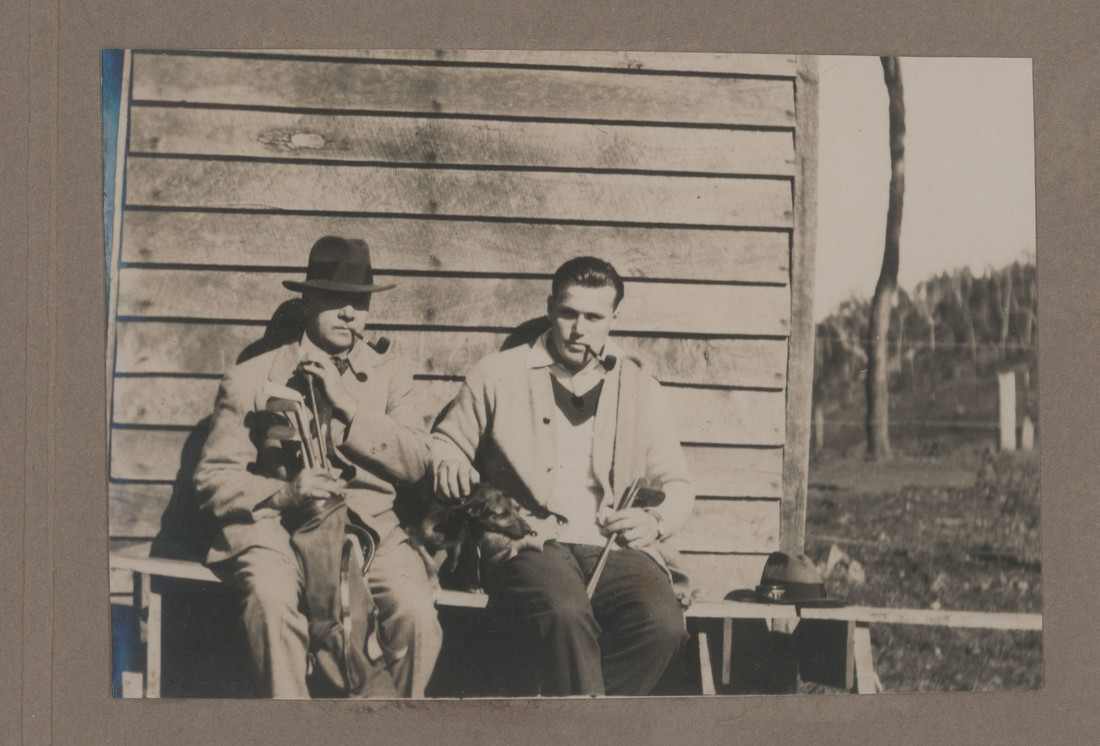 A circa 1918 photograph of Geoffrey Maxwell OSC1918 right and his Friend. they are pictured holding golf clubs, so it is assumed they have played golf. Geoffrey is patting a dog as he sits.