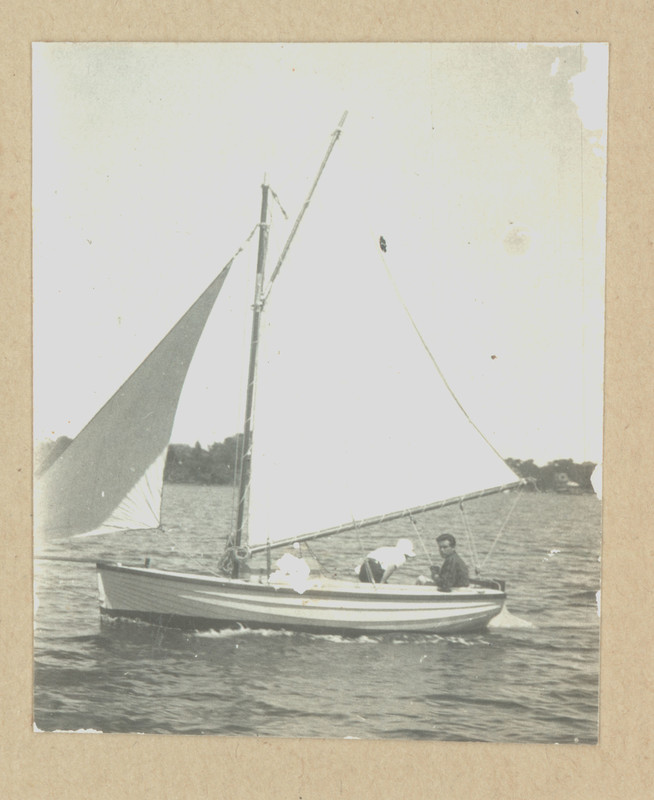 A circa 1916 photograph of Goeffrey Maxwell OSC1918 far right with friends in a Yacht at Freshwater Bay Western Australia.