1956 Form 6A in classroom after Raid on Wesley College's Flag 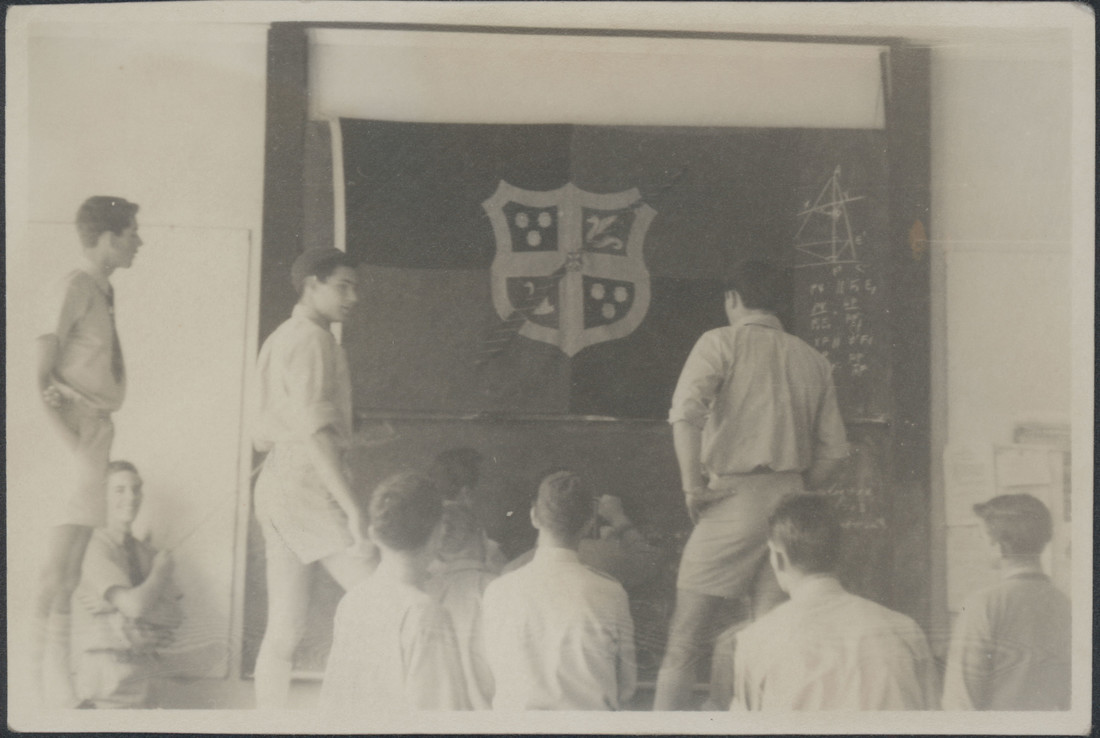 A statement on blackboard states "Congratulations on Inters Win SC GMK. Up the school. Who did this? We don't know (A Clue [picture of a horse])".

The image was taken by Geoffrey McMullen OSC1956 during his leaving year 1956.