1956 Form 6A with Wesley College Flag 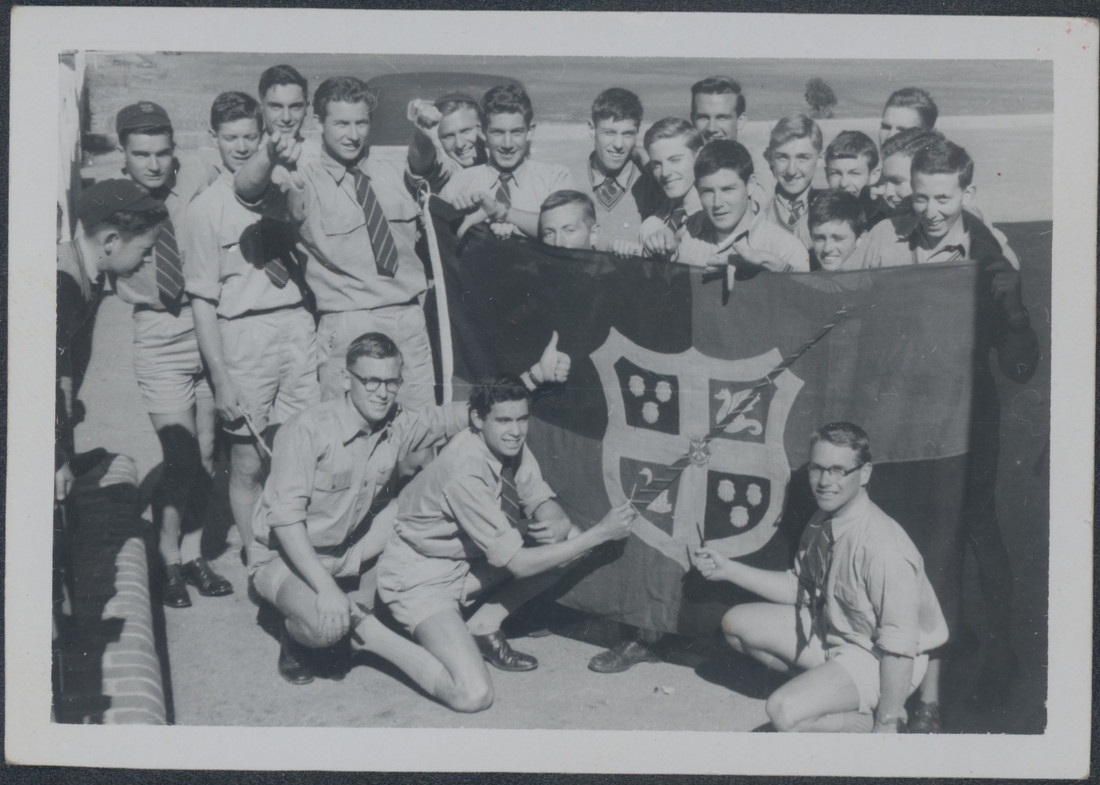 A photograph of Form 6A holding the Wesley College flag on Scotch College grounds. The image was taken by Geoffrey McMullen OSC1956 during his leaving year 1956.

It is believed that the Wesley students painted Scotch's Playing Fields work horse in Wesley colours after the school won a sporting carnival. In retaliation to the Scotch students took the Wesley flag by climbing the schools flag pole and took it back to Scotch College to parade through the grounds.