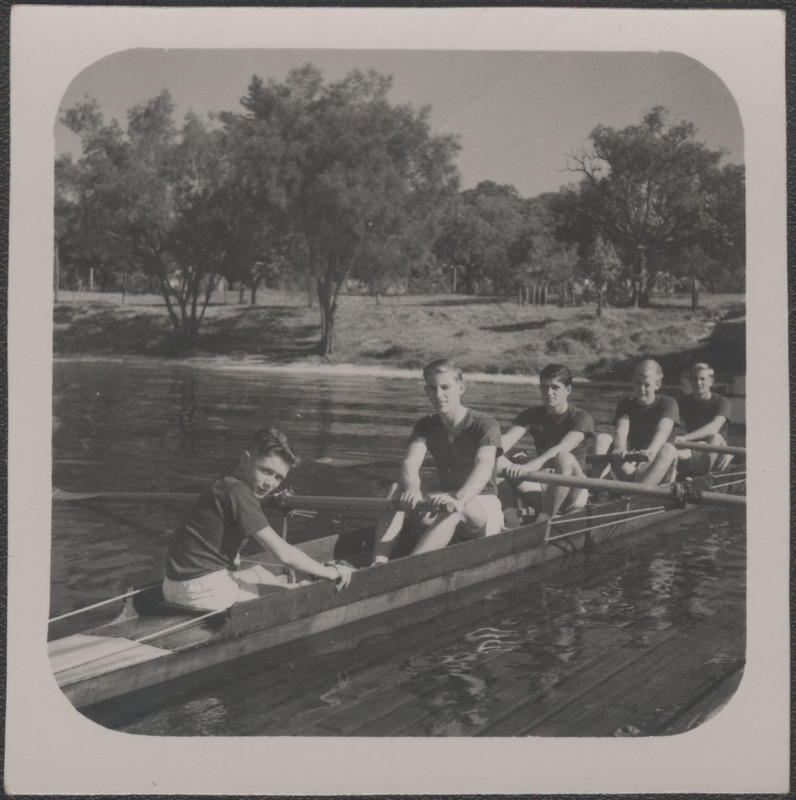 A 1956 photograph of the Scotch College Rowing Crew First Four IV at the Crawley boasted owned by the University of Western Australia. The image was taken by Geoffrey McMullen OSC1956 during his leaving year.

It is most likeley the students have been pictured before their Public Schools Association Head of the River Race, which commenced at Crawley Nedlands and ended near the narrows bridge site in the city, which would have spanned past the Swan Brewery Building during the race.