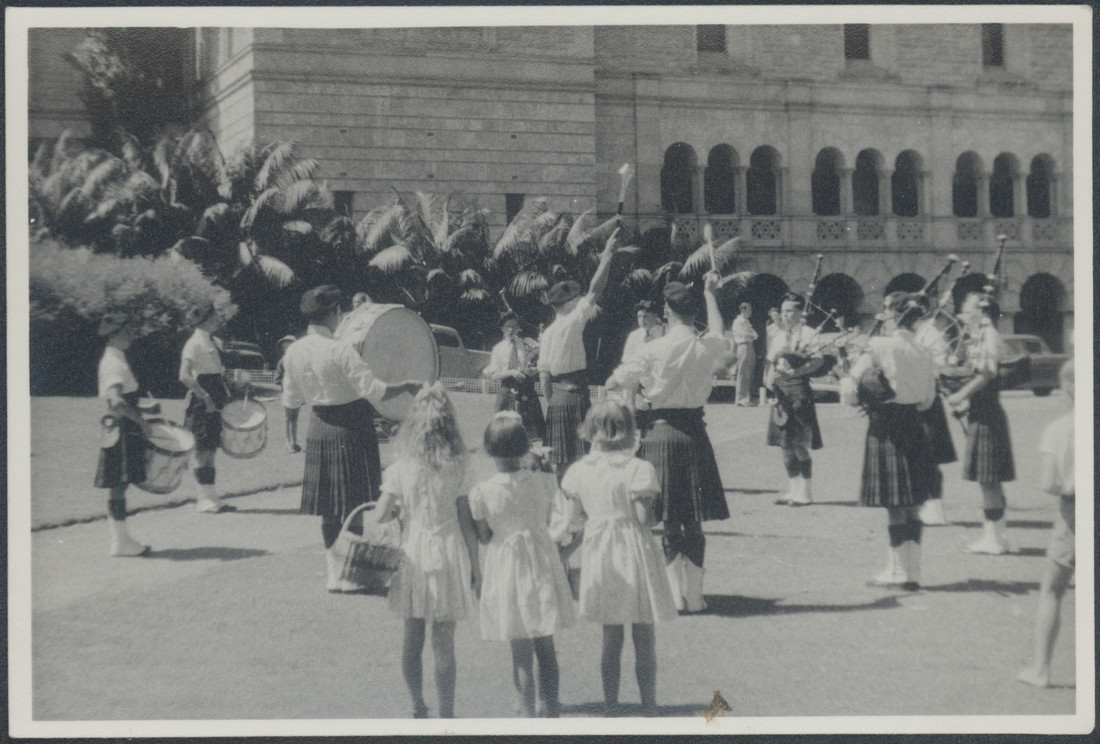 A 1956 photograph of the Scotch College Pipe Band performing at UWA. The image was taken by Geoffrey McMullen OSC1956 during his leaving year.